Indian fast bowler S Sreesanth, who is recovering from a toe injury, is unsure if he would be fit in time to participate in the fifth Indian Premier League to be held from April 4. 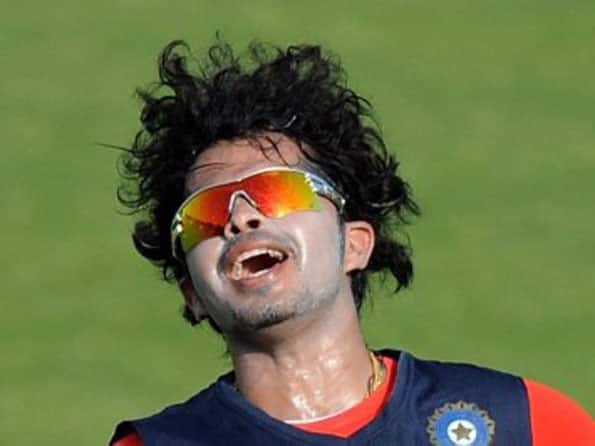 Indian fast bowler S Sreesanth, who is recovering from a toe injury, is unsure if he would be fit in time to participate in the fifth Indian Premier League to be held from April 4.

“I don’t know (if I will be fit for the IPL). Maybe, maybe not. I don’t want to say anything on that,” the Kerala pacer, who will turn 29, next month, told PTI here.

“I have two hours of training every day. I lost almost 11 kgs in the past six weeks. Physio Ashish Kaushik is overseeing my training. Its going well but I have to be patient. It s part of your cricket career,” he said.

“Hopefully, I will be back soon. I don’t want to keep a date as such (for my comeback),” added Sreesanth, who played for the disbanded Kochi Tuskers Kerala in the previous season of the T20 tournament.

The players of the Kerala franchisee will be put up at the IPL players auction to be held in Bangalore on February 4.

The temperamental fast bowler came to the defence of the beleaguered Indian side, which is on the verge of its second successive overseas Test rubber whitewash in Australia, saying that the team has given its best and one should respect that.

“Everyone goes through a tough phase. We got to respect that. It s the effort that matters, not the result. Prior to England, we didn’t lose a (Test) match in the last two years which is almost impossible for an international team these days. But we are going through a tough phase. Everybody wants to keep improving but such things happen. That’s what international cricket is all about,” he said.

“All I can say is everybody is giving their best. Results do matter but the quality of effort also matters. They are doing well in that regard,” he added.

Sreesanth, who has played 26 Tests and 53 ODIs taking 84 and 75 wickets respectively since his debut in October 2005, said though he was disappointed not to play more matches, he had no regrets.

“So it is disappointing but it s all about body bio-mechanics. I started as a leg spinner. I took up fast bowling only nine years ago when I was 19 and in that time I have played for India. So I have no regrets,” he said.

The cricketer expressed happiness with the current crop of fast bowlers turning up for India. “It s a good sign. Even when we train, we have to train hard because of the competition,” he said.

Sreesanth was here to encourage the players participating in the Mumbai leg of the “Nike Cup” cricket tournament for cricketers aged between 15-22 years.

“It s a great initiative coming from Nike. They are also the sponsors of the Indian team. I feel happy to be here,” he said about the eight-overs and eight players a side tournament.

Over 250 teams from Mumbai have participated in the tournament that is being played in a knock-out format. The winners of the Mumbai leg will take on winners from Delhi in a grand finale to be held next month.

The winning team in each city will be put through a professional cricket coaching camp and the three selected cricketers from each city will get a chance to train at the NCA, Bangalore for two months.