Sreesanth said he has been very quiet for the four-and- a-half years and felt it was high time for him to speak his mind.

Bengaluru: Tainted former India cricketer S Sreesanth said he would approach the Supreme Court in a last ditch effort to lift the life ban imposed on him by the BCCI following allegations of spot-fixing during an IPL match in 2013.”That is the only option left with me, to approach the Supreme Court. At the end of the day, my life, except cricket is going really well. I will fight for my right. It is not just about playing for the country, but it is about getting the respect back,” Sreesanth told PTI on the sidelines of ISGCT Annual Conference.

Sreesanth said he has been very quiet for the four-and- a-half years and felt it was high time for him to speak his mind.”That is why I have opened up and started to speak. It is just the beginning and there are more things to come,” he added. Sreesanth also clarified that he did not make any allegations against BCCI’s Anti-Corruption and Security Unit.”All I said was that there were 13 accused and why they were treated differently. This is the only thing I asked. I never asked to reveal their names. More than anyone else, I know much better about it because I was the one who had undergone the toughest possible time,” he said.

“It is very easy to say he has done it, he has not done it but then one has to back it up with proof and show to the world. BCCI can keep making comments but at the end of the day people are not fools,” he added.

Sreesanth was banned for life following allegations of spot-fixing during an IPL match in 2013. 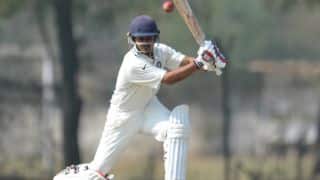