SA vs WI Dream11 Prediction: Best Playing XI Players to Pick for Today’s Match between South Africa and We

Check Match 15 SA vs WI dream11 Team. ICC Cricket World Cup 2019: South Africa might be running on thin ice but their mood in the ground doesn t depict it. By the looks of it, that they are one more loss away from virtually having their World Cup campaign cut short seems to be an afterthought. At the Ageas Bowl on Sunday, ahead of their contest against the West Indies, South Africa looked nothing like a team to have started with three losses. Instead, they remain cheerful, with players being spotted laughing in the hallway, followed by a light session of football.

It however doesn t erase the fact that South Africa are living on the edge. Simply out, they aren t anymore reflective of a side which hasn t lost an ODI series in the last 12 months. The batting remains concerning and there is no clarity about Lungi Ngidi s fitness, even though he did bowl in the nets. Against India s Yuzvendra Chahal and Kuldeep Yadav, they looked clueless, while faring slightly better against the pacers. That they got four Indian wickets and troubled them openers early shaped as a positive, but there remain other aspects which need monitoring.

Their opponents, West Indies haven t done too bad for themselves, with their pacers, bundling Pakistan out for 105 and later shredding Australia s top order to have them at 38 for 4. But from there they lost steam, indicating that West Indies, despite brimming with promise, continue to seek the killer blow. Oshane Thomas has been quite the find, and Jason Holder rarely disappoints. It s the likes of Carlos Brathwaite and Shimron Hetmyer, who need to improve upon their consistency, and hence it wasn t surprising to see both receiving a hit-out in the nets on Sunday.

Here is today s Dream11 pick for SA vs WI

SA vs WI Head to Head 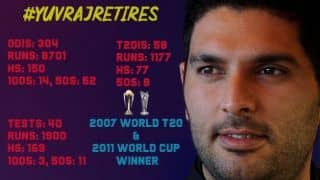 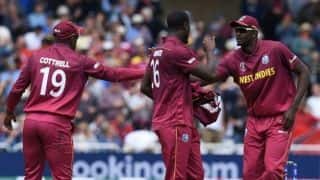