Former India cricketer and member of board of selectors Saba Karim said it is the increase in the fitness of Indian cricketer that helped in their progress and eventual climb to the No. 1 position. Karim joined the board of selectors post India’s history victory in ICC Cricket World Cup 2011. He made it a point that there were a lot of senior players in the side at that time and it is the policy of picking the fittest of the players that paid off in terms of helping India get to the position the team is currently in. FULL Cricket Scorecard: India vs England 2nd Test at Vizag

Talking to Deccan Chronicle, Karim said, “We came in as national cricket selectors in 2012, a year after India had won the ODI World Cup. There were a number of senior players with immense contribution to the team’s success. But after winning the 2011 World Cup, India had lost a few series.

We had a vision on what we wanted to do in the next four years and that was to see India becoming No.1 team across all three formats of the game. We chose to select players who had high fitness levels, besides talent and skills and slowly included them in the team. And eventually we met our goal of becoming number one in Tests, ODIs as well as Twenty20 cricket.

India have become a bunch of world’s fittest cricketers with names like Virat Kohli, Ajinkya Rahane setting examples with their work on field. 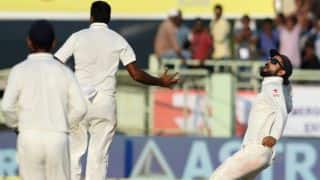