Former Pakistan cricket captain Intikhab Alam on Thursday described batting maestro Sachin Tendulkar as a 'great ambassador' of cricket and said the player should be left alone to decide on his retirement from Test cricket. 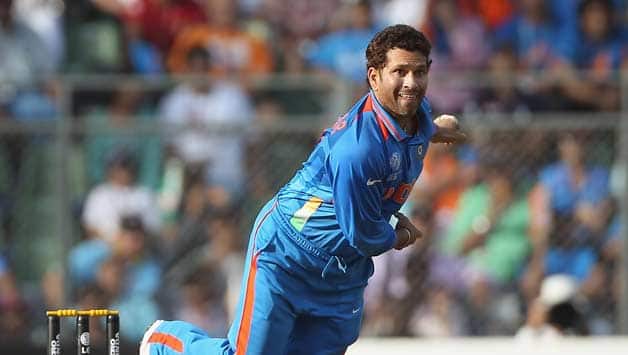 Former Pakistan cricket captain Intikhab Alam on Thursday described batting maestro Sachin Tendulkar as a ‘great ambassador’ of cricket and said the player should be left alone to decide on his retirement from Test cricket.

“Sachin Tendulkar has done wonders for India. I still remember a 16-year-old Sachin playing his first match against us in Peshawar. He hit couple of sixes off Abdul Qadir. Even at that time you could say the guy had lot of talent and over the years the way he has carried himself, he has been a great ambassador for India,” Alam said.

Alam, Pakistan’s first ODI captain is among the several former players from his country and India who have been invited by the Cricket Association of Bengal (CAB) for a felicitation programme to commemorate the 25th year of 50 overs cricket at the hallowed stadium.

“I think every cricketer knows when to retire and they should leave the decision to him. He is still very fit still and passionate about the game. If you are enjoying your game you should continue,” Alam said about Tendulkar who recently retired from ODIs but will continue to play in Tests.

Expressing happiness over the revival of bilateral cricket between India and Pakistan, Alam wished to see India playing in his own country.

“I will very much like to see Indian team visiting Pakistan. It would be wonderful if we can invite India to play in Pakistan,” said Alam. Attributing team India’s recent poor performance to retirement of great players, Alam said India will bounce back sooner than later.

“India is going through a transitory period. If you lose couple of great players, then it takes time. It takes almost ten years to find a great player. It happens with every country. The important thing is you must have a good vision and good selectors.”

The former leggie expressed happiness on his return to Kolkata and Eden Gardens and said he was having a great time meeting former Indian players some of whom he described as “great friends”.

“It is quite historic to be back here and meet some of the former India players. It is a wonderful thing to come back to India, meet old friends and relive old memories,” signed off Alam.