Sachin Tendulkar says he is appalled with his name dragged into cricket academy land row.

Indian Institute of Technology (IIT) Delhi director Raghunath K Shevgaonkar has resigned with over two years before his term was due to end, although the Human Resource Development (HRD) ministry is unaware of this development. Shevgaonkar apparently was under huge pressure to meet two demands. One was to provide the IIT ground to former India cricketer Sachin Tendulkar, who wanted to open a cricket academy there and to pay nearly 70 lakhs as salary to former IIT Delhi faculty and current Bharatiya Janta Party (BJP) leader Subramanian Swamy between 1972-91.

Shevgaonkar was opposed to giving Tendulkar the ground for his academy as he believed that the campus must be used only by the students and the faculty and that IIT should not become an arena for such commercial interests. Tendulkar took to social media to squash such reports. He says that he is appalled by such reports and he doesn’t have any plans for starting an academy.

I am appalled to read the stories that suggest some land has been asked from IIT-D for academy in my name.

I have not even planned any academy neither do I want any piece of land for any purpose.

Wish that basic facts are checked from me before publishing such fiction using my name. 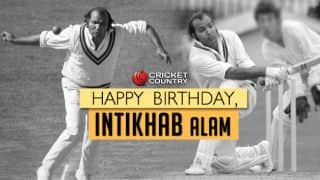