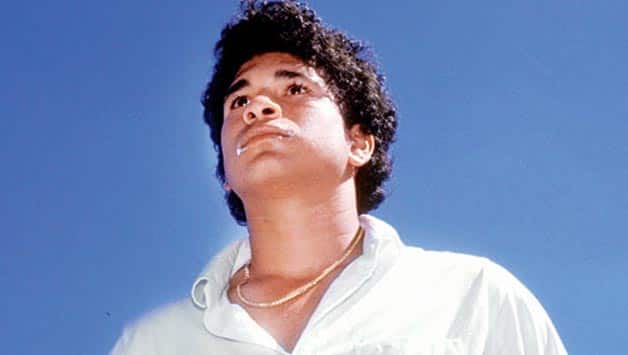 Speaking on the rare opportunity of captaining Tendulkar in the Kanga League he said, “It was a huge slice of good fortune enabled me to lead Tendulkar — even though by default — in the first Kanga League fixture that he played in the coveted ‘A’ division.”

“The year was 1988 and Cricket Club of India (CCI), the team I represented, had picked the 14-year-old as a playing member. Tendulkar’s prodigious fame had spread across India [not just in Mumbai cricket circles] and everyone waited with bated breath to see how he would perform with the ‘big boys’ of cricket.” Kenkre wrote in his special column for Mid Day.

Kenkre recalling on how Kanga League matches were played during the monsoon season said, “Kanga League, in those days, was played bang in the middle of the monsoon and most ‘A’ division clubs were packed with international and first-class players. Our first fixture was against a strong Karnataka Sporting Association.”

“When we arrived at the tent, at Cross Maidan, we saw a sprinkling of people around the ground and a leading newspaper had sent their photographer to click pictures of the curly-topped tyro.” he stated

Kenkre also said, “He announced his arrival in the senior section imperiously — with a sixer, hit off the first ball he faced from a reputed first-class bowler on a bad pitch. It wasn’t a farmed slog, but a shot played right out of a coaching manual. As the ball soared straight over the bowler’s head, we knew we were watching a genius in the making.”

Intriguing anecdote on how Tendulkar changed gears in a game against New Hind Sporting Club, Kenkre added, “In one Kanga League game against New Hind Sporting Club, we were perilously placed, losing quick wickets and without our star players. Sandeep Patil (the regular skipper), Shishir Hattangadi, Raju Kulkarni and Alan Sippy were away playing cricket in England and Kenya and New Hind’s bowlers were making the ball talk on a treacherous pitch.

“Tendulkar, being the last of the recognised batsman with a long tail soon to follow was asked to bat with caution lest the team be skittled out for a paltry score. After batting patiently for half a session, he came in during lunch time and requested the management for a few overs where he could bat the way he wanted to.

“In the post lunch session, we saw him tear the New Hind attack to pieces — carting the bowlers to all corners of the Brabourne Stadium. The power- packed drives, cuts and pulls that emanated from his blade made the ball skim across the heavy outfield for boundaries, taking the team way past safety.

Kenkere continued to talk about Tendulkar’s amazing knock by remembering, “In the space of a few overs, the 14-year-old had changed the complexion of the game, had his team, spectators and the opposition applauding his shots and announcing the arrival of a true master.”