He also lauded the Indian team for having such depth of players in their arsenal.

One had to come up against the mighty Australia, who had their strong hold for over a decade in the 1990s and the 2000s. One of the few to bask in the glory of taking Australia apart was Sachin Tendulkar. His rivalry with them has witnessed many a classic performances in that era. Tendulkar has now compared the current Indian team to that of Australia from the 1990s. Talking along with Brett Lee on his YouTube show Up in the Grill, Sachin said: I watch the players today and feel fantastic because I think we are doing exceedingly well. And what I feel is what Australia was for those 15-20 years in between, in the 90s when I toured Australia, they were a tough side to beat, tough side to compete with. And wherever you travelled, you beat everyone. I see that phase coming to Indian cricket now.

Tendulkar also lauded Indian team for having such depth of players in their arsenal: It s happening because the balance is so good now. There are batsmen who can roll their arms over and there are bowlers who can come and contribute those important runs. And we bat quite deep. You get No 9 player turning up in Test cricket and scoring runs. That s a luxury.

Tendulkar went on to speak in great lengths about his childhood days, his cricketing journey and his father.

Be sure to follow this space for part two of this engaging chat between Tendulkar and Lee. 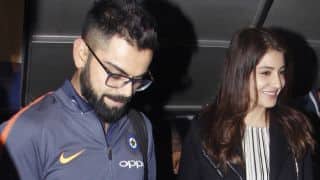