Kumar Sangakkara will hope to carry on this form into the quarter-finals.

This will be Sangakkara’s final World Cup is said to retire after the mega event. Sri Lanka captain Angelo Mathews after the match said that he was on his knees begging Sangakkara not to retire, but his mind seems to be made up already. Tendulkar has scored over 30,00 international centuries for India including 100 international centuries. READ: ICC Cricket World Cup 2015: Kumar Sangakkara is the man to fear, says Muttiah Muralitharan Mushfiqur Rahim believes he has matured as a cricketer 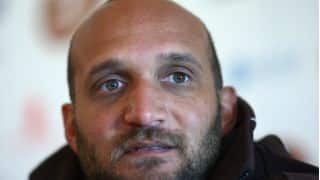 Mark Butcher warns England of a dreadful summer ahead