Lee asked Cumberbatch for his views on who would best fit the role of Doctor Strange.

New Delhi: British star Benedict Cumberbatch says Indian batting icon Sachin Tendulkar will fit the role as superhero Doctor Strange quite well. The actor, who is seen as the superhero, spoke about it when he met former Australian cricket sensation Brett Lee during the “Avengers: Infinity War” press tour in Singapore. It will be aired on the Star Sports Network as part of Kent Cricket Live, read a statement to IANS.

Marvel Studios’ “Avengers: Infinity War” is set to release in India on April 27. When quizzed on cricket, Cumberbatch said: “Graham Gooch was my hero when growing up. I loved playing cricket and because I was a wicket keeper, I had my eye on Jack Russell.”

Lee asked Cumberbatch for his views on who would best fit the role of Doctor Strange. He said: “Sachin Tendulkar would do quite well in fitting the role as Doctor Strange as he is quite extraordinary.”

The interview will be aired on April 22. 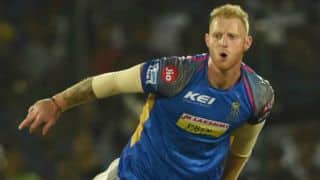 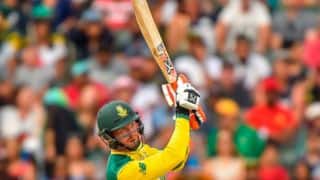