Iconic former Indian batsman Sachin Tendulkar, who bid adieu to his international career spanning over 24 years Saturday, is the epitome of consistency, a laudcatory editorial in a Pakistani newspaper on Sunday said. 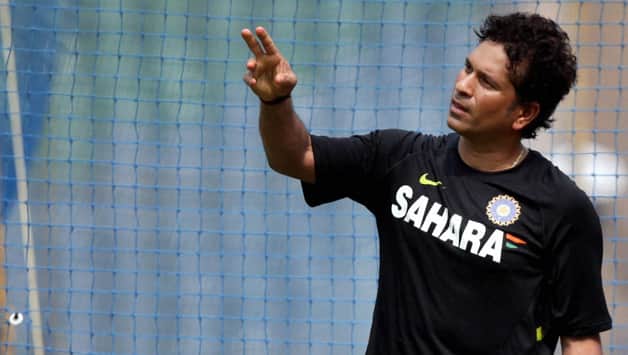 Iconic former Indian batsman Sachin Tendulkar, who bid adieu to his international career spanning over 24 years Saturday, is the epitome of consistency, a laudcatory editorial in a Pakistani newspaper on Sunday said.

“During an international career which spanned a scarcely believable quarter century, Sachin epitomised consistency. He ended his career as the highest ever run getter in both Tests and ODIs and his 100 international centuries will surely never be matched,” said the News International editorial headlined ‘Sachin’.

Tendulkar, also called ‘the master blaster’, ended his illustrious cricket reign in style at the Wankhede Stadium in Mumbai  on Saturday, hours after which he was awarded the Bharat Ratna, India’s highest civilian honour. Tendulkar also became the first Indian sportsperson to get the award.

Tendulkar made his international debut in a Test match in Karachi, Pakistan, Nov 15, 1989. He was 16 then.

Comparing Tendulkar with other batting greats who have graced the game during his era, the editorial said Sachin’s durability is unmatchable.

“Sachin Tendulkar never had the swagger of a Lara, the grit of a Waugh or the languid stylishness of a Sangakkara but he possessed the one quality that no one else could match: durability,” it said.

The editorial added that the hopes of the entire Indian team rested on Tendulkar’s shoulder till the emergence of Rahul Dravid and Sourav Ganguly.

“For the first part of his career – till the emergence of Rahul Dravid and Sourav Ganguly in 1996 – the hopes of the entire Indian team rested on Sachin’s shoulder.”

“In those lean years his team rarely won, but Sachin was already considered the best batsman in the world. As India’s fortunes improved, Sachin too thrived, becoming the lynchpin of one of the most formidable batting line-ups ever,” the editorial said.

“He tortured Shane Warne to the point where the leg-spinner admitted that he had nightmares of Sachin running down the pitch to smash another six,” it said.

Tendulkar also holds the record for the maximum number of appearances and is the highest run-getter and century maker in both versions of the game. He was also the first man to score a double century in the 50-over format.

The News International editorial said taking a contrarian view of Sachin Tendulkar has now become fashionable and people forget that he was able to postpone the ravages of age longer than most cricketers.

“It has now become fashionable to take a contrarian view of Sachin, to point out that many batsmen have better averages than him and that his centuries nearly always seemed to be in a losing cause,” it said.

“These people forget that for a golden period of 1994-2004, which is the length of an average player’s career, Sachin was indisputably the best batsman in the world. His drop-off in form in the last couple of years is the norm for any ageing cricketer, except Sachin was able to postpone the ravages of age longer than most cricketers,” the editorial added.

The editorial also said there was a lot more to Tendulkar than being just a cricketer.

“There was a lot more to the man than just Sachin the cricketer. He revolutionised the marketing of cricket, taking a sport with fringe appeal and making it a commercial behemoth.”

“No longer was Lord’s the centre of the cricketing universe; that honour would now go to Eden Gardens. Sachin predated the rise of India, was partially responsible for its anointment as cricket’s superpower and then got to witness this new world order.”

“This may be why Sachin is, if not the greatest cricketer ever, certainly the most consequential one,” the editorial concluded.