Sachin Tendulkar epitomises what batsmanship is all about: Sir Vivian Richards

Sachin Tendulkar epitomises what batsmanship is all about: Sir Vivian Richards 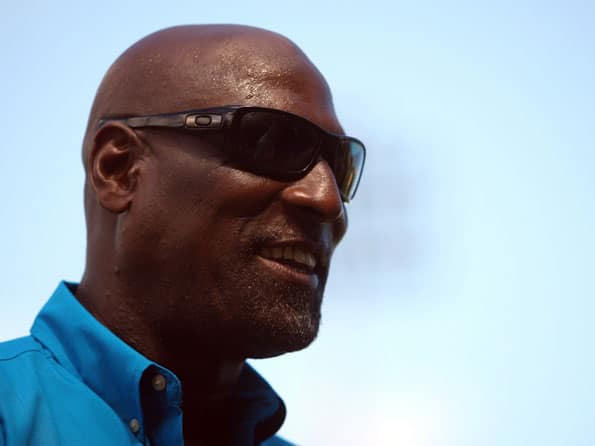 “You have to be patient with him. Sachin has been around for so long that when he goes, he is going to be sadly missed. So, while you have him now, why not enjoy him till the very end?,” Richards asked.

Richards said that people have to sympathise with Tendulkar, who has been through a rough patch having not scored an international century since march 2011.

“The milestone which has eluded him over a period of time will come. You have got to sympathise with Sachin. He needs to be given an opportunity to accomplish that. He deserves it because of the contribution he has made to the game,” he said.

“It’s a huge milestone and you will only get an opportunity to pass this way once. It would be a milestone for other Indian batsmen to try and emulate. I doubt whether they will get there, but it is something to aim for,” Richards added.

The former West Indies legendary batsman said he has huge respect and admiration for Tendulkar, who he says epitomises what batting is all about.

“I have always felt Sachin epitomises what batsmanship is all about. I am a great fan of Sachin — not only for his cricket, but also for his mannerisms, his politeness and humble nature.

“Sachin has given longevity a good name — how, if you take care of yourself, barring a few injuries, you can go on. He is the perfect example of professionalism,” Richards was quoted as saying by MiD DAY.

“Winning the World Cup in India was a perfect sort of team achievement. I am not sure if he has his sights on another World Cup, but all this is pretty hard to beat. He is special for the game,” he concluded.