Cricket maestro Sachin Tendulkar on Thursday could not make his maiden speech in the Rajya Sabha amid uproar by Congress members.

Cricket maestro Sachin Tendulkar on Thursday could not make his maiden speech in the Rajya Sabha amid uproar by Congress members over Prime Minister Narendra Modi’s remarks against his predecessor Manmohan Singh and over the 2G spectrum case.

Soon after the House met at 2 p.m., Tendulkar rose to speak on the right to play and future of sports in India as part of a short duration discussion. But he could not speak amid noisy protests by the Congress members.

Naidu urged the Congress members to allow Tendulkar to speak as he was to give his maiden speech in the Upper House.

“An honorable member, who has been awarded Bharat Ratna, wants to speak on an important issue like sports. Let him speak. All focus should be on Sachinji,” Naidu said.

Actress Jaya Bachchan, a Samajwadi Party MP, whispered something to Tendulkar. She later told reporters that she told Tendulkar to sit down until the protests subside.

But the Congress members continued with their sloganeering.

“This does not suit you… nothing is going to happen… You don’t have sportsman spirit,” Naidu said.

Later, a Congress MP who did not wish to be named said there was no reason for them to stop their protests over the aspersions cast on the integrity of a former Prime Minister for a member who seldom comes to the House. 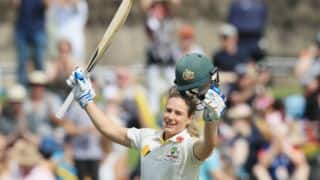 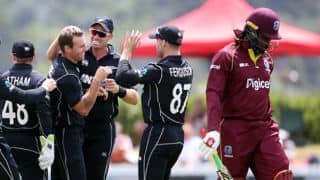