Sachin Tendulkar has left a legacy for everyone to follow: Yohan Blake

Sachin Tendulkar has left a legacy for everyone to follow: Yohan Blake

Sprint superstar Yohan Blake says his "childhood hero" Sachin Tendulkar's humility has touched many people around the world and the batting legend has left an ever-lasting legacy for everyone to follow. 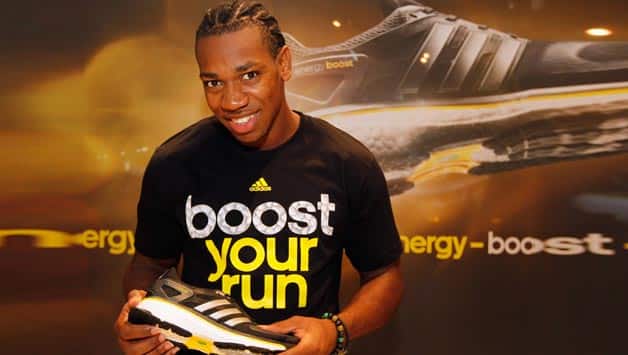 Sprint superstar Yohan Blake says his “childhood hero” Sachin Tendulkar‘s humility has touched many people around the world and the batting legend has left an ever-lasting legacy for everyone to follow.

The Jamaican sprinter said it was an “honour” for him to speak about Tendulkar, whose popularity transcends boundaries.

Paying tribute to the batting maestro, who brought the curtains down on his glittering career after playing his 200th Test last week, Blake said it was amazing to see Tendulkar maintaining humility all these years.

“I want to say that he has left a legacy for everyone to follow. He is a humble man who has touched many people around the world. I hope they will follow in his footsteps,” Blake told PTI in an exclusive interview.

Double silver medallist at the London Olympics, Blake is an ardent follower of cricket like his senior pro and fastest man on the earth, Usain Bolt — the first man to win six Olympic gold medals in sprinting.

The 23-year-old athlete is a big fan of Tendulkar and it has been his dream to bowl to Indian batting great at least once.

“I remember the first time I was given the opportunity to speak to him, I told him that I wanted to bowl to you. I felt so honoured because Sachin is truly one of my childhood heroes,” he said.

Blake takes time off from his busy schedule to follow whenever Tendulkar is batting and has a collection of the maestro’s DVDs which he watches on and off.

Asked how he feels about his icon retiring from the game, Yohan said, “When he announced his retirement, I said to myself it is sad that good things must come to an end. He has done so much not just for his country but for the world.”

Blake always keeps himself informed about India and cricket through his country-mate and West Indies destructive opener Chris Gayle, who plays in the Indian Premier League for the Royal Challengers Bangalore (RCB).

He had even expressed his desire to play in the IPL after completing his 200m silver medal run at the London Olympic stadium and had said ‘Once I get the chance to play, I can even get out Sachin’.

Blake saluted the champion batsman for the sheer amount of runs he has scored and his longevity.

The 23-year-old wished Sachin all the best for his post-retirement life.

“I wish him the best with his life after cricket. I bid him farewell and thank him for all he has done to inspire me and so many others,” he said.

Tendulkar bowed out as the most successful batsman in international cricket with 15,921 runs in 200 Tests. In his ODI career, which ended last year, the Mumbaikar amassed 18,426 runs in 463 matches.

Tendulkar is the only batsman in international cricket to score 100 centuries. He was the first batsman to get a double hundred in one-dayers.