The film even captures Sachin Tendulkar's conversations with wife Anjali.

Ravi Bhagchandka, founder of 200 NOT OUT, revealed that neither he nor Sachin Tendulkar has set any deadline for the Indian batting legend’s docu-feature.

“It is a high-pressure film and we are focused on a global release. I have not set a deadline, nor has Sachin,” Bhagchandka was quoted as saying by Times of India.

Bhagchandka said that Tendulkar has let him capture the batting legend’s private discussions with wife Anjali to performing certain ‘rituals’ at his house.

“Sachin has even let us shoot inside his house, film certain ‘rituals’ that he performs at night before every match,” he said.

Bhagchandka added that James Erskine will be working on the film with him.

“Taking an Indian director would have meant handing the reins over to someone who grew up watching Sachin bat. My film is a Brit’s take on Sachin’s life,” said Bhagchandka.

“We’ve filmed Hollywood stars, athletes from outside the field of cricket and celebrities from different sport,” reveals Ravi refusing to divulge names.

Speaking about meeting Tendulkar for the first time, Bhagchandka said, “When I approached him, he said that he was destined to do this film and immediately came on board.”

“It will be in 70mm, with an original background score. What This Is It was for Michael Jackson our film is for Sachin.”

Speaking more on Tendulkar’s role in the docu-feature, Bhagchandka said, “He won’t be acting, he’ll just do what he did years ago. We’ll see where he was hiding while the world chased him for 26 years.” 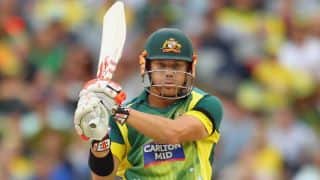