After the Bangladesh series, he spent quite a lot of time practicing on turf wickets in Delhi.

In a cricket team there will be a couple of guys, who are responsible for the team’s energy quotient. Suresh Raina is one of the cricketers who take the responsibilities of charging up the boys on the field. He has always been a team man. He will run up to the bowler for a high-five after a fall of wicket, he will continuously clap and make sure the team is on their feet.

India will be low on confidence after the crushing Test series defeat against England. Team India will need this high-spirited man and his personality ahead of the One-Day International (ODI) series. He looked positive and confident as he wants to come in handy for India during this upcoming series which starts on Monday, reported BCCI.TV.

After the Bangladesh series, he spent quite a lot of time practicing on turf wickets in Delhi and then he headed to Lucknow where he went back to his boarding school and practiced there as well. Finally, he was in Mumbai, practicing at the indoor facilities of the Bandra Kurla Complex (BKC).

When asked about whether he got any tips from the legendary Sachin Tendulkar, he said, “He came there to play badminton and since Arjun practiced in the nets there, Sachin paaji came to give him some tips. I went up to him and asked how should go about things in England. I had a lot of conversations with him mainly on the mental side of things.”  He further added, “I also worked with Pravin Amre sir there at the BKC on various aspects of my batting.”

He was asked so as to how he was preparing himself for the English conditions. He said, “I played a lot with a taped tennis ball to simulate the movement. “ He further added, “We have two long practice sessions here at the Lord’s and then a warm-up match against Middlesex. Then we go to Bristol and have two more practice sessions there. We have enough time until the first ODI to get into the groove and settle down in these conditions.” 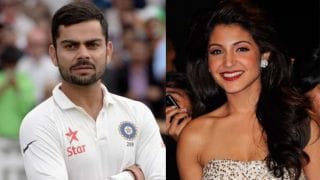