Mumbai: Sachin Tendulkar on Thursday inaugurated a Sky Karting track at Smaaash in Lower Parel area. Speaking on the occasion, Tendulkar said, “I have always been a big karting fan, something which you cannot do on a normal roads, you can do it on a karting track. On his love for Indian motorsports, he said, Motor sport is a fabulous sport and I really enjoy motor sport I felt even 30 years ago, or less than 15-10 years ago, the infrastructure for other sports was also not that great, we won whatever medals we could because of sheer talent in sports personalities we had.” T20 World Cup 2016: Sachin Tendulkar calls India, Australia, South Africa, England as likely semi-finalists

“But in the last few years infrastructure is getting better, there are better facilities available to sports personalities and it reflects on the number of medals we have been able to achieve and go karting or motor sport is heading in that direction, so it s about being persistent and also supporting sports. If you support them, appreciate their performances they are all going to deliver and perform, they all need encouragement and we have to encourage sports in general,” Tendulkar added. The track is 430 meter multilevel-track, which is advanced and challenging for those who want to go to flat out, a release issued by Smaaash said. ICC World T20 2016: Sachin Tendulkar, Wasim Akram among 8 India, Pakistan cricket legends to be felicitated by CAB

Sachin Tendulkar has called India, Australia, South Africa and England as the teams which are most likely to reach the semi-final of ICC T20 World Cup 2016. Tendulkar added that England is one team which has the potential to make things difficult for India the most if we compare them to the other three. The legendary batsman added that Australia does not have enough depth in their bowling department compared to their past. He said their excellent batting makes up for it making them a really tough team to beat. 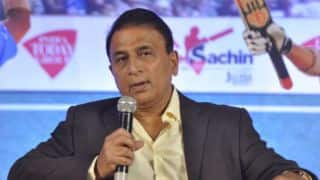 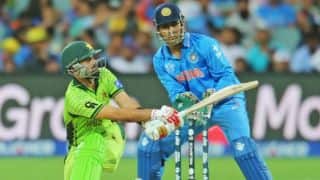