When asked about his plans after retiring from cricket, Master Blaster Sachin Tendulkar hinted at playing cricket till 45. 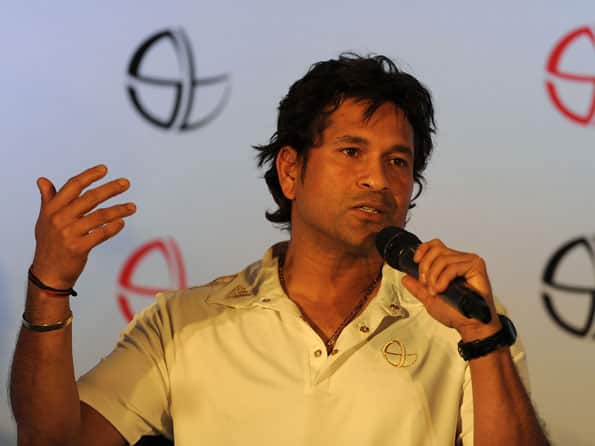 When asked about his plans after retiring from cricket, Master Blaster Sachin Tendulkar hinted at playing cricket till 45.

“It’ll be difficult to answer what I’ll do 5-6 years from now,” Tendulkar said.

“Whenever I think of going away from it, that is when I can afford to divert my attention to other things. Till that moment, my focus will be on cricket,” Tendulkar was quoted as saying by Times of India.

Speaking at an automobiles event, Tendulkar revisited the time when the not-so-well-off batsman managed to buy his favourite luxury car, albeit a second-hand one.

Known for his passion for cars, Tendulkar in 1993 bought a BMW at the age 20, four years into his international career.

“I have always been a BMW fan but the real association with it started when I was 14. One of the first BMWs that I drove and owned was in 1993. My pockets were not so deep back then so I had to opt for a second-hand BMW and it was a joy to drive that car,” Tendulkar said at the launch of a new series of the iconic German car.

According to international magazine Forbes, the 39- year-old earned USD 18.6 million last year, and a vast majority of Tendulkar’s earnings came from sponsorship deals.

The legend who is likely to be appointed the brand ambassador of BMW, currently endorses 16 brands, including global brands like Adidas, Coca-Cola, Castrol and Toshiba, and they pay a total of US$ 16.5 million for his services.

“I drove that car for a few years and moved on to better BMWs like the X5 and M5,” India’s run machine said.

Tendulkar, one of the first few people to test drive the German luxury car maker’s new launch in London this month, said he enjoys being in the driver’s seat.

“To be honest, I prefer driving. My driver normally gets to sit at the back. There are occasions when I am travelling with my family, then I sit at the back,” he said.

Chris Gayle's importance in the West Indies' side has been reconfirmed