Sachin Tendulkar and Steve Waugh were both inducted into the Bradman Hall of Fame at the SCG.

Sachin Tendulkar added another feather to his cap today when the Indian batting legend was inducted as one of the latest honourees in the Bradman Foundation. At a gala dinner held at the historic Sydney Cricket Ground, former Australian captain Steve Waugh was the other cricketer to enter the Bradman Hall of Fame alongside Tendulkar.

Tendulkar’s appearance at the annual Bradman Foundation dinner is fitting as the late Aussie great once famously said that the Indian’s technique reminded him of his own.

Tendulkar, who had the honour of meeting Bradman on his 90th birthday at his Adelaide home, was later listed in an all-time XI prepared by the batting genius himself.

Recalling the meeting that took place in 1998 at Bradman’s Adelaide’s home, Tendulkar said both he and the other invitee, Shane Warne, were so daunted they couldn’t decide who should speak first to the legendary Aussie batsman.

“I remember Warnie was with me in the car and we were discussing who was going to ask the first question,” Tendulkar told reporters here today. “I said, ‘You are from Australia, so you should start’. And he was like, ‘No, you’re a batsman, so you can relate to him much better than what I can’,” he added.

Tendulkar, 41, enjoyed a good run at the SCG during his illustrious 24-year-long career, scoring three centuries in five Tests.

“The SCG is my favourite ground. I have always maintained that. It brings back all the memories,” Tendulkar said as he spoke publicly in Australia for the first time in six years.

“I was just outside in the car and I said it feels great to be back. It’s been a very social venue to me. Right back from 1991, which was the first time I played here.”

His unbeaten 241 not out in the 2003-04 series against the Aussies is widely regarded as one of the finest innings seen at the venue.
“(It’s) just the feel of the ground. Whenever I walked in I felt I could go on and on batting. I just enjoyed the atmosphere, and the pavilion especially. It’s a fabulous pavilion with a lot of history. It is the heritage and the impact all the players have left on this ground.

“Performing against Australia always gave me a lot of satisfaction because I knew if you perform against the leading side then everyone takes notice of your performance. It is a different kind of satisfaction.”

Tendulkar said there was a strong mutual admiration between him and Bradman when they met 16 summers ago.

“One thing was just to be able to meet the great man but also to know the funnier side of him. I asked him a question: ‘what would you have averaged in today’s cricket?’ He thought about it and said ‘Maybe 70’. The natural reaction was ‘why only 70 and not 99?’ He said, ‘C’mon, that’s not bad for a 90-year-old man’.” 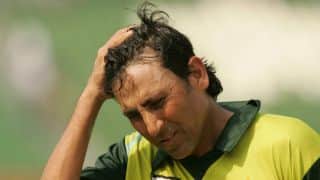