The phone will be named srtphone, based on Sachin Tendulkar, and will be launched by Smartron on May 3.

With Sachin Tendulkar keeping himself busy with plenty of endeavours outside the field of cricket post his retirement for quite a few years now, his latest has been for a smartphone brand. The phone will be named srtphone and will be launched by Smartron on May 3. Tendulkar is also a strategic investor with the company, which entered the Indian market an year ago. It is also being said that the srtphone will be the first of the signature series of Tendulkar with any brand. Sachin, meanwhie, has also launched a campaign for the users of the phone, which would allow them to meet Sachin in person on May 3. Sachin Tendulkar inaugurates Sportsmed Activ in Mumbai

The in-depth details of the phone is still awaited by the company, while Samrtron’s Twitter handle gives the catchphrase as ‘Mastery at the Core’. It is also being suggested that the phone could put its focus on chipset along with its performance as well, reports bgr.in. Meanwhile, Tendulkar on Friday inaugurated Sportsmed Activ, an enhancement and rehab arm of speciality clinic Sportsmed Mumbai. The right-handed batsman inaugurated the facility in Parel in presence of his wife Anjali, former Mumbai and Baroda player Vasu Paranjpe, former hockey player Viren Rasquina and Shiv Sena MP Arvind Sawant, as reported by PTI.

Here’s the big announcement. Something special is on the way. Stay tuned to know how a legend inspires perfection. #TwoOfAKind #Smartron pic.twitter.com/SQxTAlQij1

Ready for a surprise? We’re excited & can t wait to share it with you all. #srtphone is on its way on 3rd May’17, are you ready? #TwoOfAKind pic.twitter.com/mw5a2NYMHw

Sportsmed Activ is an integrated rehab service where a combination of exercise therapy (physiotherapy) and manual medicine (osteopathy) is used to restore body functions.

The PTI report adds that at the 3,000 sq ft facility, their team can take the patient through the whole training circuit to restore strength, flexibility agility, balance and core stability, a doctor attached to the Sportsmed said. 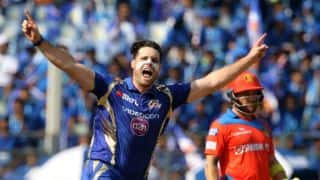 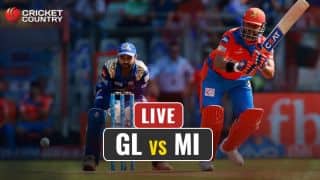