Having moved into his "dream house", ace cricketer Sachin Tendulkar has now secured his five-story Bandra residence with a staggering Rs 100 crore insurance cover, one of the biggest insurance deals by an individual. 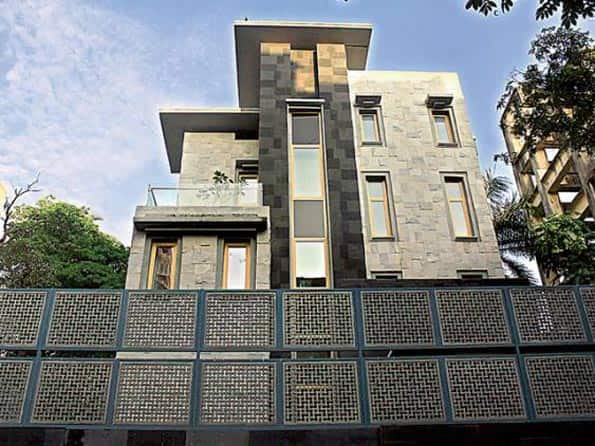 Having moved into his “dream house”, ace cricketer Sachin Tendulkar has now secured his five-story Bandra residence with a staggering Rs 100 crore insurance cover, one of the biggest insurance deals by an individual.

The cricket icon has bought the insurance from a consortium of general insurers, according to industry sources.

As per the official, all the four state-run GIs along with a private insurer have provided the cover.

“Oriental Insurance Company, United India Insurance, New India Assurance and National Insurance Company are the four government-owned general insurers providing the cover along with a private insurer,” the official said, adding the annual premium would be around Rs 40 lakh.

According to another insurance official, the cover has been taken in two parts. While a fire insurance policy has been obtained for Rs 75 crore, an additional cover of Rs 25 crore has been bought for household items like furniture, electronic gadgets and cricket accessories among others.

The fire insurance covers losses from blaze, terror attacks, natural disasters like earthquakes, and burglary among others. The insurance covers the cost of the land, compound walls, besides electrical equipment.

The Tendulkars had moved into the sprawling 6,000 square feet villa in Bandra West in September from a flat that had been allotted to the maestro under sports quota.

“Everyone has a dream of owning a house. I, too, had this dream. I am happy that I was able to fulfil it,” Tendulkar had said while moving into his new abode.

The cricketer’s residence stands on a plot that earlier housed a dilapidated bungalow, which he had bought for Rs 39 crore in 2007.

The villa has been secured with high-walled fencing to avoid curious onlookers. CCTV cameras and sensors have also been installed.

Besides the three storeys above the ground level, the villa reportedly has two underground basements.

With this deal, Tendulkar has joined a select league of industrialists and filmstars who have taken such high insurance cover in the recent past.