Legendary cricketer  Sachin Tendulkar is one of many celebrities, who is invited for the ceremonial banquet, which will be hosted by President of India Pranab Mukherjee for United States President Barack Obama, scheduled to be held on January 25. President Obama was invited by Prime Minister Narendra Modi to be the chief guest during the Republic Day celebrations in Delhi during the latter’s visit to the United States.

Obama accepted the offer and President Mukherjee will therefore host the banquet for Obama, when he arrives in Delhi on January 25 along with First Lady Michelle. Other than Tendulkar, Industrialists Anil and Mukesh Ambani, tennis star Sania Mirza and veteran actor Amitabh Bachchan have also been invited for the ceremonial banquet. The  banquet, in honour of President Obama will also have three service chefs in attendance. Obama is in India on a three-day visit.

Tendulkar had also participated in the Swachh Bharath Abhyaan after PM Modi nomimated him. Tendulkar has had an illustrious career for India, spanning over 20 years during which he scored 100 international centuries. He was also part of the team when India won the World Cup in his hometown of Mumbai in 2011. 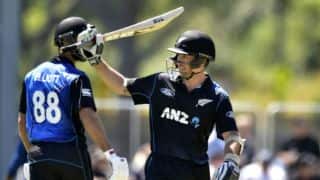