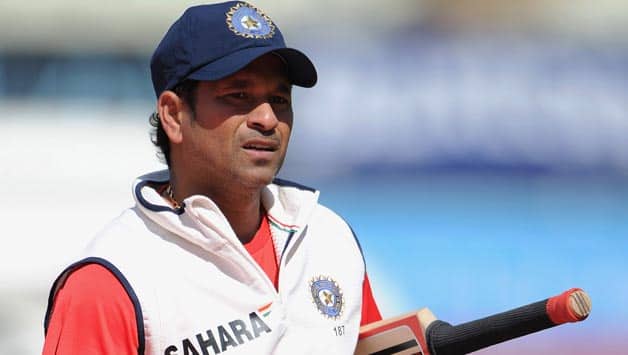 “It was a short span of career I had with Australia. I was lucky enough to play against Brian Lara, play with Ricky Ponting and play against Sachin. I think Sachin is probably just above those other two,” Tait told reporters at the launch of KOOH Sports Cricket Development Centre.

The 30-year old, who retired from ODI and Test cricket, said he cherished taking Tendulkar’s wicket for the last time in the 2011 World Cup match against India.

“Obviously my last match was against India in the 2011 World Cup. It was actually the last time I got to dismiss him and I got his wicket. He obviously made a good 50 in that match and India beat us. But for me the memory of taking his wicket will always remain,” he said.

Tendulkar will retire from Test cricket after playing the second Test against West Indies and his 200th Test match and Tait said, “It has been a long time for him, I suppose 24 years. He has earned the right to put his feet up and relax. Unfortunately, I have to get back to Australia now but I will watch it from Australia. It would have been nice to be in the city while that was happening. It would have been a nice celebration and watch everyone go mad in the streets.”

The Rajasthan Royals pacer also said that he was looking forward to a contest with Tendulkar in his first IPL game, but things didn’t go according to his plans.

“I played against him a few times, not in Test cricket but in the short forms of the games and lucky enough to play in the time he has played in. My first IPL match I came over to Mumbai with the Rajasthan Royals and we played over here. Sachin was opening the batting and I was opening the bowling, so it was a little bit of a contest.

“At that time I was in good form and Sachin too was in good form. I was looking forward to the contest and I thought about it the night before the game a lot. Where I was going to bowl to him,” he said.

“That was my welcome to Mumbai. It was about 45 degrees that day and I think I went for 45 runs in 4 overs. So I was well and truly in Sachin’s territory. I definitely felt the effects of it the next day with a sore body,” he said.