Fresh questions on Monday were raised on Sachin Tendulkar's retirement with the legendary Sunil Gavaskar saying that the selectors should have a word with him about his future plans. 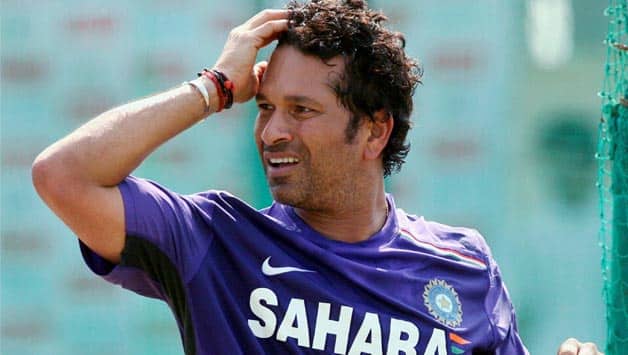 Fresh questions on Monday were raised on Sachin Tendulkar‘s retirement with the legendary Sunil Gavaskar saying that the selectors should have a word with him about his future plans.

“Tendulkar has been playing for so long and he has been so consistent. This little period of lack of runs or lack of half centuries will give the critics chance to ask questions,” Gavaskar said.

“At the end of the day, it is the selectors who will take the call. I think the selectors will probably have a word with Tendulkar about what his future plans are and then take a call,” he said.

“Ideally, whatever decision is taken about Tendulkar’s retirement, I believe he will make his own decision,” Gavaskar told NDTV.

Tendulkar has scored just 29 runs in three innings in the ongoing Test series against England and Gavaskar said the senior batsman has been having a “long bad patch” though he was trying hard to come out of this.

“Yes, he is struggling and he is having a long bad patch if one can call that way. With so may runs and so many centuries at his hands, the moment he is through a lean patch, everybody will start talking about that but I feel he will overcome this.

“He is trying hard. In the first innings (of the ongoing second Test in Mumbai), the ball (from Monty Panesar) turned just a little bit. Today, (in the England second innings) you could see he changed his guard. He was standing ahead of the crease between the middle and off to negotiate the turn better. But unfortunately he was out to a straighter ball,” Gavaskar said.

“But, we saw he was applying his mind. He is not taking that he will just go out in the middle and play. He is trying hard to overcome this and that is the best part,” said the former captain.

Gavaskar felt that Indian captain Mahendra Singh Dhoni‘s demand for turning wickets backfired on his own team and India were in an unusual position which they normally did not face on slow home pitches.

“I have been saying that the demand for turning pitches could backfire on you if your batsmen fail to capitalise on this. That has been happening in this Test. India are in an unusual situation. This kind of thing normally happens on visiting teams but now the home side is facing this,” he said.

“But all is not lost for India. If they can set a target of 170 plus, it will not be easy for England to knock those runs in the fourth innings.”

India are a mere 31 runs ahead of England with just three second innings wickets at hand.

He credited England spinners rather than blaming Indian batsmen for lack of application, saying the visiting bowlers have done better than their home side counterparts.

“No batsman goes to a Test match without application. I would rather give credit to England bowlers, they have bowled better than their Indian counterparts.

“Panesar bowled really well. He was mixing turning and straighter deliveries. That created doubts in the mind of Indian batsmen whether the ball would turn or straighten.

Graeme Swann was his ideal foil. The length of the deliveries was important. He was drawing the Indian batsmen forward.”

“The Indians were bowling at good length and that gives fraction of time more to adjust. The application of captain Alastair Cook and belligerence of Kevin Pietersen created problems for the Indian bowlers,” he said.

He also refused to blame Indian batsmen whose top five batsmen after opener Gautam Gambhir (53) could score just 38 runs in the second innings total of 117 for seven at stumps.

“They have been used to playing on slow and low pitches.

So whenever they play in Australia, England or South Africa where wickets have bounce, they will flounder. They will also struggle on turning pitches which have bounce.”