Sachin Tendulkar is the best player of spin: Dean Jones

Sachin Tendulkar is the best player of spin: Dean Jones 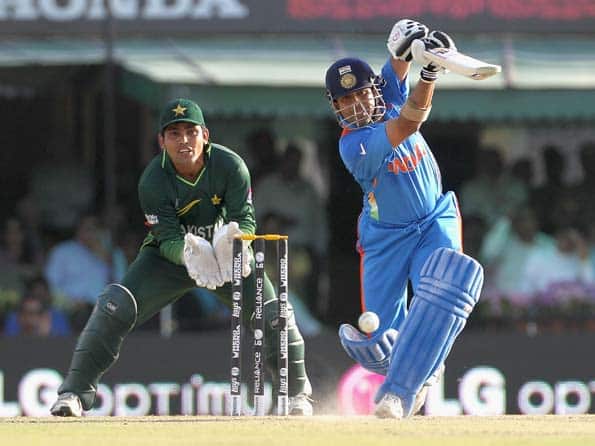 “It is not easy to pick the best batsman I ever saw or played against, but it is easier is to pick the batsmen who played each shot the best. Tendulkar’s ability to move down the pitch or play the ball off the back foot while playing Shane Warne on big turners was the best cricket entertainment anyone could wish for,” he said.

The specialist commentator again picked Tendulkar as the best player of straight drive.

Talking about best forward defence, he said Tony Dodemaide was the best followed by Sunil Gavaskar and Tendulkar.

Jones termed Gavaskar as the best player of pace.

“Gavaskar played against all the great West Indians and hit many hundreds and averaged over 65.

“Sunny never looked rushed and had an awesome defensive part to his game. He used the bowlers’ pace very well and never hit a ball with violence. Allan Lamb also played the quicks very well,” he added.

According to Jones, no one played a better pull shot than Viv Richards.

“Viv was devastating in picking up the length and powered it in front of square leg.”

“Viru can hit it over the top or through the field. He has no conscience when he bats and plays the hardest stroke for any batsman with complete ease. No one ever hits it as sweet as Sehwag. Jamie Siddons was also an awesome player in this area,” The Age quoted him, as saying.

No takers for India-England ODI at Wankhede

Not much difference between Yusuf and Jadeja: Akram