Indian cricketer Sachin Tendulkar on Friday visited the famous Siddhivinayak temple in Mumbai on the occasion of Gudi Padwa, which also marks the beginning of Hindu New Year. 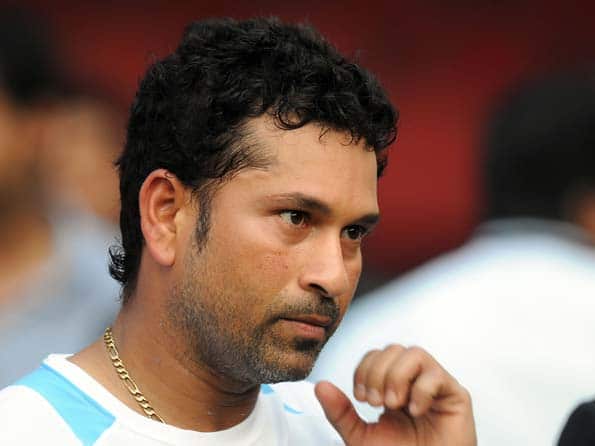 The Little Master thanked the almighty for his unique achievement 100 international centuries in career which he completed during the recently concluded Asia Cup in Bangladesh.

Tendulkar created yet another record when he scored his 100th international ton during the fourth Asia Cup match against Bangladesh at Mirpur on March 16.

He became the first ever batsman in world cricket to achieve the feat. The master blaster has scored 51 centuries in Test cricket and 49 in One-Day Internationals.

A few days ago, Tendulkar lambasted his critics who were calling for his retirement from the top-level cricket.

“My critics haven’t taught me my cricket,” Sachin Tendulkar has said in a rebuttal to those who were calling for him to retire.

The day he feels “a little less passion” when walking out to bat for India, “I will give up the game”, the master batsman said, adding, “critics didn’t need to tell me to do so.”

Tendulkar said he had played cricket because he loved to do and there was nothing better than playing for India.

“I still get goosebumps as I stand with my teammates when the national anthem is on. I still feel the same passion when I pick up my bat and go out,” he said in an interview carried in the latest issue of Open magazine.

“They (critics) can question but none of them have answers to their own questions. None of them has been in my predicament and it is impossible for them to understand what I have been thinking and feeling,” said Tendulkar, who scored the historic 100th international ton in the Asia Cup match against Bangladesh last week.