Kaif and his wife already are proud parents of a son named Kabir, who is 5-years-old.

With the start of the new season of India’s much-celebrated tournament Indian Premier League (IPL), former Indian cricketer Mohammad Kaif received good news after his wife Pooja gave birth to a baby girl. The newborn baby is second child of the couple. Kaif and his wife already are proud parents of a son named Kabir, who is 5-years-old. Kaif was recently appointed as assistant coach of the Gujarat Lions (GL), franchise captained by Kaif s friend and former teammate at Uttar Pradesh and India, Suresh Raina. An ecstatic Kaif revealed the good news of him becoming father of a baby girl on Tuesday with a tweet.

We are proud to announce the arrival of the newest member to our family.Pooja and I,have been blessed with a beautiful and healthy baby girl

Soon, Kaif started receiving numerous congratulatory messages on Twitter; not only from the cricket fraternity, but from Bollywood as well. Actors like Boman Irani and Suniel Shetty replied him on Twitter. However, there was a flood of congratulatory messages for Kaif from cricket fraternity, be it Indian players of overseas. Sachin Tendulkar, Irfan Pathan and many other players from Indian cricket fraternity congratulated him. Later, Kaif posted a picture with his newly born daughter from his official Twitter account and wrote, “What a feeling! Holding my little bundle of joy. Thank you everyone for your wonderful wishes and prayers.”

What a feeling ! Holding my little bundle of joy .Thank you everyone for your wonderful wishes and prayers pic.twitter.com/7vdSGtNCSG

Despite not being very active in cricket, Kaif has often made it to news headlines for his tweets. He also contested Lok Sabha election in 2014 from Uttar Pradesh’s Phulpur constituency on a Congress party ticket but lost to Keshav Prasad Maurya of Bhartiya Janata Party. Here are some congratulatory tweets for Kaif by some big names.

Badhaiyan @MohammadKaif .Catching her with so much love and pride. Love to the little one and family. https://t.co/JjCv6ey4V0

Many congratulations to Pooja and you @MohammadKaif… loads of love and blessings to the baby girl.

Congratulations kaifu to both of you. https://t.co/jCmy1aHcAO

Very happy for you. Hope she brings a lot more joy in your lives. https://t.co/bZfg69GHyc

Congratulations to @MohammadKaif and Pooja on becoming parents to a beautiful baby girl. Wish you all a healthy and happy life.

Welcome to the club @MohammadKaif! Wishing you, Pooja and the baby a healthy life. Lots of love!

Congratulations on your new bundle of joy @MohammadKaif and Pooja. This is great news! 🙂 https://t.co/e4euQILLox

Congratulations to you n Pooja. Welcome to the club buddy. https://t.co/YT0JNcfMjo

@MohammadKaif Congrats to both. Love to the little one.

I hope you have a happy and healthy journey ahead of your family. Congratulations!! @MohammadKaif https://t.co/LnGn3OhDQF

Kaif will be seen in the GL dugout during IPL 10. The Keshav Bansal-owned franchise will hope to go the distance this time around with Kaif a part of their camp. 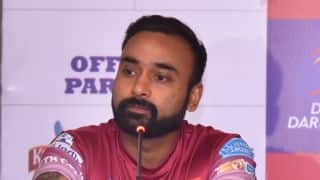 IPL 2017: Amit Mishra says spinners must have quality to succeed in T20 cricket 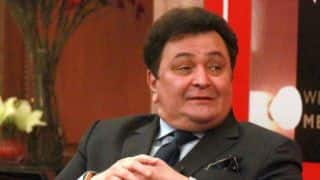