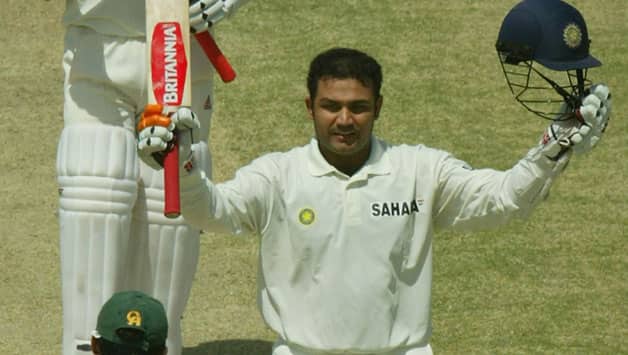 Sehwag made his Test debut at Bloemfontein against South Africa with a century and a memorable 220-run partnership with Tendulkar. The Little Master reminisced Sehwag s innings. He was quoted by The Hindu as saying, “I remember the first time I batted with him against South Africa at Bloemfontein. As soon as he walked to the wicket I asked him how he was feeling and he said ‘a little nervous .

“I told him it was quite normal and happened to me too. I told him to relax and after sometime he would enjoy the moment. Then, once he got going I began to enjoy his batting. What I have really liked about his batting is his approach to the game and his bat swing.”

Sehwag s lack of footwork and aggressive batting style came under the scanner on plenty occasions but Tendulkar feels these virtues make the batsman stand apart from the rest.

He said, “I have always felt he approached the game differently and backed his instincts. He may not be necessarily technically right, but he has better footwork than what people think. I would say he has beautiful control of his hands on the bat swing and that s what makes him so special.

“His approach worked well for the team; India had a talented batsman who could go after the bowlers at the start; it was not planned, Sehwag was a natural. If he got going immediately in the first session the opponent was straightaway on the back foot.”

Tendulkar admitted that there were similarities in the way both approached their batting. “We play the game basically in a positive frame of mind, “said the Indian batsman.

Tendulkar said it will be hard to control emotions when Sehwag steps on the field to play his 100th Test.
“I am sure it cannot be just another game. When the match starts it would be another game, but it would be a very emotional moment before the match starts. The whole cricketing world is talking about it,” he said. “To me, Viru s 100th Test signifies great commitment and dedication to the game and, above all, the great satisfaction of playing for India.”

What MS Dhoni is asking for is illegal, says MCA official 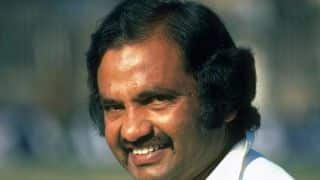