Sachin himself brought in the Multan incident and said he is always asked this question about the issue.

The Multan declaration that snuffed out Sachin Tendulkar‘s double century in the 2004 Test match had triggered stories of serious differences between skipper Rahul Dravid and the batting maestro, but the two laughed it off Wednesday as any honest difference in the dressing room.

The occasion was the release of Sachin’s autobiography ‘Playing It My Way‘ when the two batsmen shared the stage with two other greats, Sourav Ganguly and VVS Laxman, who formed the great quartet reliving their cricket days.

During the panel discussion, cricket commentator Harsha Bhogle remarked that it was all becoming like a Rajshri movie where everybody is happy with everybody else and were there no differences among them in the last 15 years and how did they handle them.

Sachin himself brought in the Multan incident and said he is always asked this question about the issue.

Dravid butted in with his comments and said, “On being asked on Multan declaration I once mentioned that if I get a rupee on this question, I would become a millionaire.

“When you have sixteen years together, which me and Sachin have had as players, there are going to be times when you will have disagreements. As a player there are moments when you agree to disagree.”

He said the greatest thing on that particular day was that he had a conversation with Sachin when the day started.

“The abiding memory of that Test match would be me giving Sachin Tendulkar the ball on the last day of the game and he getting Moin Khan back in the pavilion.

“And we walked off the field celebrating as a team and to me that’s what was all about. Historic Test win against Pakistan on their soil. To see that joyful glee on Sachin’s face and the team celebration.”

Sachin reciprocated Dravid’s feelings when he said, “This one happened on the field. We closed that chapter immediately.

And we had a lot many memorable match-winning partnerships after that. Above all Dravid and me continue to be friends and that’s what matters. Disagreements are bound to happen between two cricketers at some stage.” 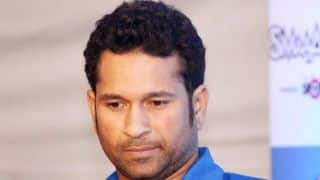 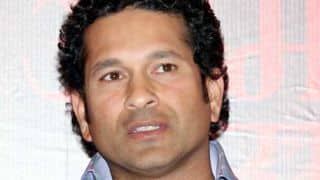