The year 1998 was reigned by a gentleman named Sachin Tendulkar. He scored at will. And not just scored, he destroyed the best of attacks.

The year 1998 was reigned by a gentleman named Sachin Tendulkar. He scored at will. And not just scored, he destroyed the best of attacks. The Warne-Tendulkar rivalry was among the most riveting in cricketing chronicles. Sharjah 1998 was another chapter to the tale. Scoring an ODI century against a side like Australia in late 1990s was a task. Scoring 2 in a span of 3 days was special. And scoring them in searing heat was extraordinary, but that was what Tendulkar was.

In a recent event in Mumbai, Tendulkar recalled the gruelling experience from the Sharjah tri-series of 1998. Tendulkar tore apart an Australian attack comprising of Shane Warne, Damien Fleming and Michael Kasprowicz at Sharjah on April 22, slamming 143, at 41 degree Celsius. The knock hailed as the Desert Storm as there was literally a sandstorm that stopped play for about half-an-hour. However, Tendulkar didn t win the game for India but ensured them a berth in the final. India needed 277 from 46 overs, but they fell 26 short but they had got the required 237 to push out New Zealand from the tournament. ALSO READ: At home, we spoke about his runs and not money, says Ajit Tendulkar

Two days later, Tendulkar, on his 25th birthday, went berserk against the same opposition. India chased down 273 in the final and Tendulkar posted 134. Both his hundreds had come at the opening slot. Speaking about the knock, 19 years later, Tendulkar said, Given the conditions in the month of April the temperatures are really high and you can feel the heat going through your shoes and socks and the first thing you want to do is to put your feet in the ice bucket. In my case, that was one experience which I remember how tough it was to stay there and play the best team in the world Australia was No.1 at that stage and to beat them so convincingly was extremely satisfying.

The matches were held in Sharjah, but the sides resided in the adjacent city of Dubai. So, fatigue was a concern. Recounting the same, Tendulkar recalled, Those days we used to play in Sharjah and drive all the way back to Dubai. By the time we got back to the hotel, unpacked and settled down, it was 2 am or so when I went to sleep. And the next day was for recovery and the following day was the final. It was not so easy.

The Warne-Tendulkar rivalry found its way to headlines in that very season when Australia had toured India. Tendulkar slammed his maiden First-Class double ton for Mumbai against the visiting Australians, and Warne was hammered all around. Warne won round two by dismissing Tendulkar for cheap in the first Test at Chennai but the master turned the odds and played one of his finest knocks in the second innings bludgeoning 155 and guiding India to a win.

The best Warne bowled to

Warne is arguably regarded as the finest spinner in the game s history. Post the Sharjah games, the Australian legend was famously quoted that Tendulkar gave him nightmares .

Brian Lara and Sachin Tendulkar were easily the 2 best batsmen from my era. Sachin was the complete all-round player. Day in and day out, irrespective of conditions, the pressure he was under with millions expecting from him, and the way he went about. He picked the length quickly. He intimidated the fast bowlers, had all the shots, dominated the spinners. He was a wonderful player. About Brian. If you wanted someone to be out there and score 400 to win on final day, you would probably want Lara to be that guy, said Warne in an interview with cricket.com.au.

Cricket made these stars. But the game is never the same without them. Such rivalries made the sport what it is. Thanks to YouTube, they can be relived. 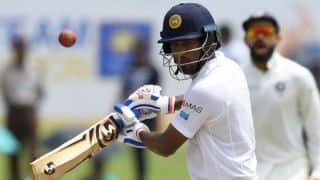 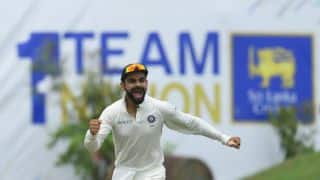