Upbeat at getting Sachin Tendulkar's penultimate Test of his career at Eden Gardens, Cricket Association of Bengal (CAB) president Jagmohan Dalmiya promised that CAB would make it a memorable one. 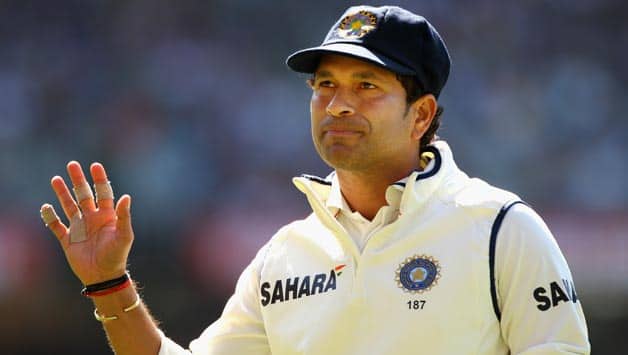 Upbeat at getting Sachin Tendulkar‘s penultimate Test of his career at Eden Gardens, Cricket Association of Bengal (CAB) president Jagmohan Dalmiya promised that CAB would make it a memorable one.

“We will definitely plan things to make it memorable for the star Indian cricketer. The CAB would meet in a couple of days to chalk out the details,” Dalmiya said, without divulging the details of the felicitation programme.

The BCCI finalised the schedule of the home series against West Indies comprising two Tests and three ODIs, awarding the final and milestone 200th match to Wankhede in Mumbai.

“I really appreciate the Board’s decision as it is obviously Tendulkar’s wish to play at home. At the same time, it would be a great opportunity to host the 199th Test here,” Dalmiya said.

Meanwhile, a CAB official said they would not leave any stone unturned to make it memorable.

“It’s the biggest stadium in the country and it would be a fitting tribute to the maestro to host the farewell series here. We would have a plethora of events lined up for him to make it more memorable,” the official said.

As per the schedule, Eden Gardens will host the opening clash of the series from November 6-10 while the second Test would be held from November 14-18.

The Caribbean side will also play three ODIs slated for November 21, 24 and 27.

The first two ODIs will be held in Kochi and Visakhapatnam respectively, while the third will be held either in Kanpur or Baroda.