Sachin Tendulkar, regarded as the greatest batsman in contemporary cricket, Thursday called it quits from Test cricket, announcing his retirement after his 200th match against the West Indies next month, bringing the curtains down on an extraordinary career spanning a marathon 24 years. 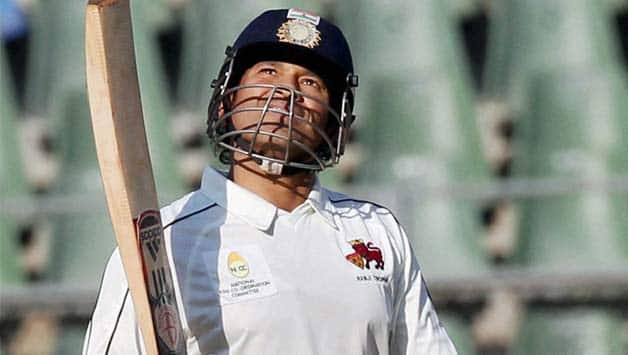 Sachin Tendulkar, regarded as the greatest batsman in contemporary cricket, Thursday called it quits from Test cricket, announcing his retirement after his 200th match against the West Indies next month, bringing the curtains down on an extraordinary career spanning a marathon 24 years.

Struggling with form for the last two years, 40-year-old Tendulkar Thursday informed the BCCI about his decision to retire from Test cricket, putting an end to the intense speculation about his future.

With his poor form, there has been increasing pressure on him to pave the way for a younger player and the decision may not have been all that surprising.

Tendulkar, who has scored a monumental 15,837 runs in 198 Tests at an average of 53.86, said it was hard to imagine a life without playing cricket.

“All my life, I have had a dream of playing cricket for India. I have been living this dream every day for the last 24 years. It’s hard for me to imagine a life without playing cricket because it’s all I have ever done since I was 11 years old,” Tendulkar said in the release issued by BCCI Secretary Sanjay Patel.

“It’s been a huge honour to have represented my country and played all over the world. I look forward to playing my 200th Test Match on home soil, as I call it a day,” said Tendulkar who holds the incredible record of scoring 100 international centuries.

Tendulkar, who has already retired from the ODIs last year, thanked the BCCI for its support throughout his career and also for allowing him to walk into Test sunset at a time of his choosing.

“I thank the BCCI for everything over the years and for permitting me to move on when my heart feels it’s time! I thank my family for their patience and understanding. Most of all, I thank my fans and well-wishers who through their prayers and wishes have given me the strength to go out and perform at my best,” he said.

Tendulkar’s 200th Test match is most likely to be held at his home ground in Mumbai from November 14. The Eden Gardens in Kolkata is also a contender for hosting that historic match. The BCCI has not yet announced the venues for the two Tests against the West Indies.

The fact that the BCCI squeezed in a home series against the West Indies had raised speculation that it was done to give Tendulkar the opportunity to retire in front of his home fans.

Although Tendulkar had always maintained that he would continue playing cricket as long as he enjoys playing the game, the pressure of playing at the international level for so long has gradually taking a toll on his ageing body.

He recently retired from the IPL and the Champions League T20 event after his franchise Mumbai Indians won both the titles this year.

Although the decision to retire was in the offing for some time, the BCCI release did create a flutter, prompting many former cricketers to pay glorious tributes to the batting legend who virtually held every batting record.

“I have been an ardent follower and admirer of Sachin Tendulkar from the days he came to play Buchi Babu in Chennai.

He is without doubt the greatest cricketer India has produced.

In fact, one should really say he ranks among the top of all-time great sportspersons in the world,” said Srinivasan.

BCCI secretary Sanjay Patel described Tendulkar as one of the finest players.

“‘If you start your course with all your force, every source of nature will turn towards and help you, To achieve your true success’. This holds so true for one of our finest players, master-blaster Sachin Tendulkar,” said Patel.

“With mixed feelings of joy and sorrow, joy for his excellent performances during his career, and the sorrow of bidding him goodbye after his 200th Test, I wish him good luck for all his future endeavours,” Patel said.

He is the only batsman to score 100 international centuries — 51 in Tests and 49 in ODIs.

Much before his debut on November 15, 1989 against Pakistan, Tendulkar’s precocious talent was there to be seen when he shared an unbeaten 664-run stand with buddy Vinod Kambli in the Lord Harris Shield Inter-School Game in 1988.

His first Test century came in England in 1990 at Old Trafford and the Mumbaikar rose in stature after the 1991-92 tour of Australia, hitting sublime hundreds on a Sydney turner and a Perth minefield.

Tendulkar was also the first batsman in the world to score a double ton in ODIs, a feat he achieved in Gwalior against South Africa in February 2010. This was included in Times magazine’s top 10 sports moments of the year.

A perfect team-man, Tendulkar limited his Twenty20 ambition to the Indian Premier League, ruling himself out of national reckoning lest it upsets the existing equilibrium of the side.

The biggest compliment to his batting came from Bradman himself in 1999 when he said that Tendulkar’s style of playing resembled his style.

His 154 scalps in ODIs underline the fact that Tendulkar could have also staked claim to be that elusive all-rounder that India has been desperately looking for since the legendary Kapil Dev.

In the field, he is among the safest pair of hands in the slip and his flat throw releasing strong arm saw him manning the deep with equal aplomb. He has taken 114 catches in Test cricket and 140 in the ODIs.