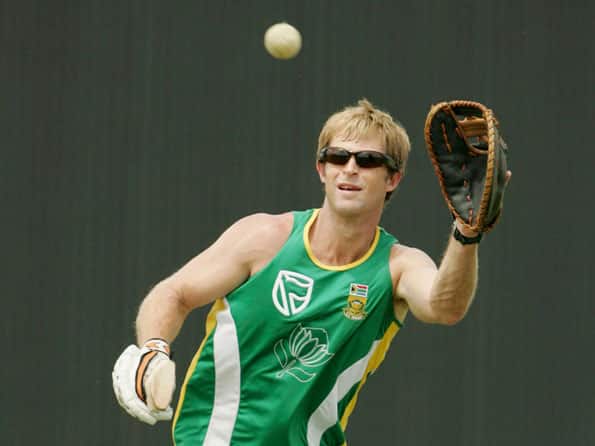 “I just keep asking how his fingers are because I don’t want him to come for practice and then suddenly walk away, with a broken finger as his fingers are generally getting hit,” Rhodes told PTI when asked what discussions does he have with Tendulkar on fielding.

“You know, he’s been playing for such a long time and has a lot of injuries on his hands that I don’t want to make any worse.

“I just make sure he’s comfortable fielding. I don’t even expect Sachin to come down to every fielding drill. It’s just certain exercises and drill we do as a fielding team and I just ensure that his fingers don’t get any worse than they are,” he explained.

Asked whether anyone can break Tendulkar’s great feat of 100 international hundreds, Rhodes said while records are meant to be broken it’s still too early to say whether someone like, for example, his talented young Indian teammate Virat Kohli can match the champion batsman’s landmark.

“Records are meant to be broken. Who could have ever thought that Sachin or anybody will score 100 100s?

“I am impressed watching Virat Kohli, the conversion rate once he gets a start. I think he has got more 100s than he has got 50s, which is a great sign and which shows someone who is very hungry (for runs), (Plus) he’s got youth on his side.

“At this stage, well, it’s easy to say a guy like Virat is expected (to break the record). But mentally Sachin has been so strong playing under pressure for India for so many years.

Rhodes said he has not asked Tendulkar on how the champion batsman has coped up with the mass adulation for so many years, but has only witnessed it first-hand.

“I have just watched it, haven’t yet asked. He’s a pretty private person, that’s amazing. I think he finds time to actually get away from everything, it is so important.

“We haven’t spoken a great deal, but (from) what I have seen, his family is a great support for him. He doesn’t go out and put himself under any more spotlight than he has to and he makes sure that when he’s around he focuses on what he has to and that is score runs for India and Mumbai Indians.” (PTI)