It was not the clamour for his retirement but the thought of the Indian cricket team's preparations for the next 50-over World Cup in 2015, which prompted Sachin Tendulkar to walk into ODI sunset, according to a top BCCI official. 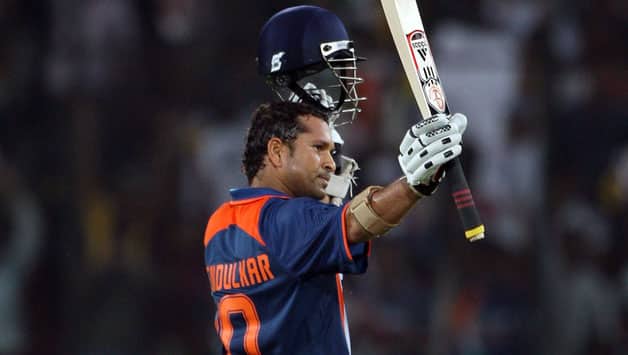 It was not the clamour for his retirement but the thought of the Indian cricket team’s preparations for the next 50-over World Cup in 2015, which prompted Sachin Tendulkar to walk into ODI sunset, according to a top BCCI official.

“What he has expressed is his concern that India has to prepare for the next world cup. From that point of view, he felt that it was time that he retired,” said Ratnakar Shetty, BCCI‘s chief administrative officer.

One of the game’s all-time greats, Tendulkar, announced his retirement from one-day cricket, bringing to an end a glorious 23-year-old career in the format during which he rewrote numerous batting records.

Cricket Board general secretary Sanjay Jagdale said Tendulkar had informed them about his decision before the team was picked for the upcoming ODIs against Pakistan.

“He was not only a great Test batsman but also a great one-day batsman. In T20 also he has batted well in whatever matches he played. We wish him the best. It is his own decision and people respect it.

“He spoke to me and the president about his decision.

Naturally he must have been (emotional) I can’t say we just spoke on the phone,” Jagdale added.

He further said: “A person of his calibre knows what to do. He has always taken the right decision at the right time.

He will continue to do that in future as well.

Jagdale refused to comment on when exactly Tendulkar conveyed his decision.

Shetty said there was no pressure on Tendulkar to take the big decision.

“I think it is a big decision. For a player, who has been playing for 23 years, and all formats of the game with great distinction, it was a decision that he has taken with great deal of thought.

“He was thinking in his terms. There was no pressure on him as such from the board. The board president had spoken to him and left it entirely to him to take a call on when he calls it a day. That is the stand which we have been taking for last five years now because speculation was there since 2007.

Asked about Tendulkar’s plans for the longer format of the game, Shetty said the board has left the decision on the player.

“For a player of his calibre, he decides ultimately when it is time to quit. He has quit from the shorter format of the game. We should allow the decision to him (on retiring from longer format) because he is the best judge till when he can play and till when he can bat well. That decision will be entirely his.

Shetty said the decision was not shocking.

“I won’t say it was a shocker. He was also thinking on those terms. (He was) waiting for a right time to call it a day and today he has expressed his desire to retire from one- day format and BCCI respects his wishes.”

Pakistan focus on fielding ahead of first T20 against India