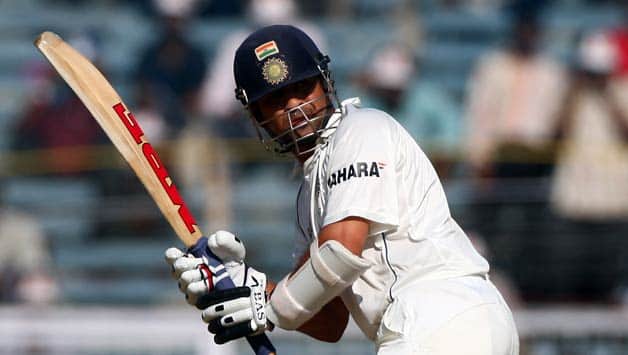 Sachin Tendulkar, regarded as the greatest batsman in contemporary cricket, announced that he would retire from Test cricket after his 200th match © Getty Images

While cricket is not a popular sport in Brunei Darussalam, a small country with a population of just about 4 lakh people, still, news of Tendulkar’s retirement was all over the place with members of the Indian delegation, headed by Prime Minister Manmohan Singh also abuzz with it.

People from other countries were also seen asking Indian delegates about the announcement.

While briefing the media after day-long multilateral and bilateral meetings of the prime minister, top officials and Secretary (East) Ashok Kantha also quipped that the newspapers tomorrow may not have much space about developments on the ASEAN front, as all the space would be taken up by news on Sachin.

The 11th ASEAN-India Summit came to an end today and Prime Minister Singh left for Indonesia for bilateral talks.

Tendulkar, regarded as the greatest batsman in contemporary cricket, announced that he would retire from Test cricket after his 200th match against the West Indies next month, bringing the curtains down on an extraordinary career spanning a marathon 24 years.

Putting an end to speculation about his retirement plans, 40-year-old Tendulkar today informed the BCCI about his decision to retire from Test cricket.