India captain MS Dhoni believed it wasn't right on bowler Brett Lee's part to cross the pitch and then stand in the way of Sachin Tendulkar, who was trying to make it to the striker's end. 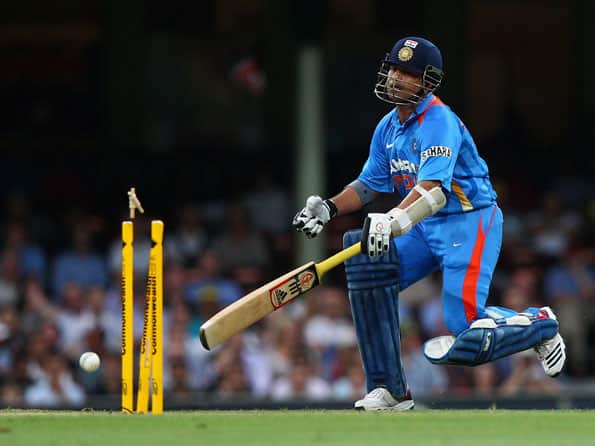 India captain MS Dhoni believed it wasn’t right on bowler Brett Lee’s part to cross the pitch and then stand in the way of Sachin Tendulkar, who was trying to make it to the striker’s end.

“I don’t think he can justify the fact that Lee was going towards the point fielder. I don’t think he had a business to do it. And then he decided to stop right in front of Tendulkar which meant you have to take a longer way across him, leading to the run-out,” Dhoni said

“I personally thought it was a bit unjustified for Tendulkar. He had to take that extra yards. Billy (Bowden) should have said something, he was in a position to see where exactly the bowler was and where he stopped because it was very difficult for Simon (Taufel) to take a call because he had no clue which angle the batsman was running and where Lee actually stopped.”

Dhoni saw no point in pressing and arguing with the umpire once a decision has been given.

“An umpire could think he was defending himself and that’s why we are not giving him out. Once a decision is given, you can cry and cry and it’s still in opposition’s favour.

“In Brisbane in the first game (against Australia last week) Vinay was bowling. We had a slip and no midwicket. The ball went to the point fielder. Vinay crossed over the pitch and coming towards midwicket in a brisk pace for the (point) fielder to have a shy at the stumps. Umpires said (to Vinay) you are not allowed to do that. But he was doing something which was well within the laws of the game.”