The duo had famously put up a 664-run world record stand at school level.

Sachin Tendulkar, in a rare comment about his childhood friend Vinod Kambli, has said that both of them were different individuals with distinct lifestyles.

While Tendulkar went on to create a bunch of records in the game, Kambli could not realise his potential, ending up with 17 Test caps after a great start to his international career that saw him smash back-to-back double hundreds against England and Zimbabwe back in 1993.

“I wouldn?t want to talk about talent, because that?s not for me to judge,” Tendulkar told The Daily Telegraph when asked about Kambli.

Talking more about his Mumbai mate, Tendulkar said: “But if we have to talk about differences, then I would say that his lifestyle was different. We were both individuals with different natures, and we responded differently to various situations. In my case, my family was always there to keep an eye and keep me grounded at all times. I can?t speak for Vinod.” VVS Laxman: MAK Pataudi's story is one of cricket's most extraordinary tales 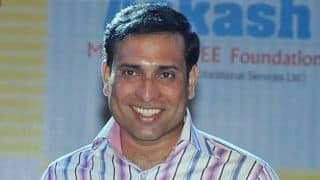