Sachin Tendulkar should be inducted in ICC Hall of Fame: Ehsan Mani

Sachin Tendulkar should be inducted in ICC Hall of Fame: Ehsan Mani

Ehsan Mani, the former president of International Cricket Council (ICC) has said the game’s governing body can look at including India’s legendary batsman Sachin Tendulkar into its Hall of Fame after the Mumbai Test and make him an ambassador of goodwill. 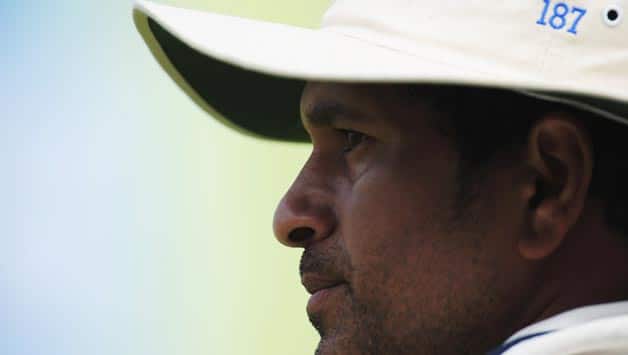 Ehsan Mani, the former president of International Cricket Council (ICC) has said the game’s governing body can look at including India’s legendary batsman Sachin Tendulkar into its Hall of Fame after the Mumbai Test and make him an ambassador of goodwill.

Mani told Gulf News: “The ICC should induct Sachin [Tendulkar] into its Hall of Fame at the commencement of the Mumbai Test. It would be a great way to acknowledge his unique achievements and contribution to the game of cricket.

“He should also be made an ambassador for world cricket, particularly on issues such as anti-corruption, HIV/Aids and promoting the game in emerging cricketing nations.”

Mani also wished that Board of Control for Cricket in India (BCCI) can celebrate Tendulkar’s 200th and final Test and make it a memorable occasion. “I feel the BCCI should issue coins to commemorate Sachin’s retirement. For the world, Sachin’s records speak for themselves and he will go down in the history of the game as one of the greats alongside Don Bradman.”

Mani praised Tendulkar by saying, “Sachin is a role model for all aspiring cricketers. I have always been very impressed with the way he has conducted himself both on and off the field. What has stood out over the years is his complete lack of arrogance or self-importance. He has let his batting, and occasionally his bowling, speak for itself.

“I remember very clearly Tendulkar’s first Test match in Pakistan. He was put under a lot of pressure by the Pakistani bowlers — Pakistan had one of the best bowling attacks in the world at that time. Even at that young age, Sachin was composed and unruffled.

“I was very impressed with the maturity he displayed while batting. Even though he did not score many runs in that innings, it was clear to me that we had someone very special here. I think I was very privileged to be witnessing the start of an outstanding career.”

He continued, “The world will miss Sachin the player, but I would be disappointed if he was not involved in the game for many more years to come. He has much to offer and the BCCI should seriously consider encouraging him to get involved in the administration of the game.”

He concluded by hoping that BCCI would involve Tendulkar in administration. “It would do the image of the BCCI a great deal of good involving Sachin and other former players such as Anil Kumble and Rahul Dravid in the running of the board.”

Sachin Tendulkar retirement: Kailash Kher says it's his wish to sing with the cricketing legend