A new lot of silver coins bearing retired cricket great Sachin Tendulkar‘s face embossed on them along with the number of Tests (200) he had played was launched by Valuemart Gold & Jewels, in association with Diamond India.

15,921 coins, each minted in 200 gm silver corresponding to the number of runs that the batting maestro scored in Tests during his glittering 24-year international career between 1989 and 2013, were released in the presence of Tendulkar.

Asked if he collected coins, Tendulkar said apart from the ones that his coach Ramakant Achrekar used to put on top of stumps, he initially collected coins and stamps.

“As a kid I did collect coins and stamps. But there was a stage in life when I had better things to do, my passion changed a bit. Rather than collecting coins, collecting runs were a better option which would give meaning and direction to life,” he said.

“I have had my bit of collecting coins with my childhood friends when I started playing, but they were different coins.

I would like to reiterate that Achrekar Sir gave me those coins,” he said. 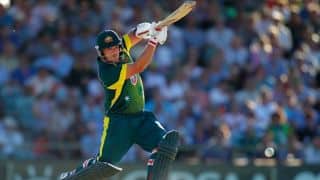