Kolkata: Former India cricketers Sachin Tendulkar and Sourav Ganguly, along with Olympic gold medalist Abhinav Bindra, inaugurated India’s first multi-sport museum here on Sunday. Paralympics medallists Devendra Jharjharia, Deepa Malik, and industrialist and sports enthusiast Sanjiv Goenka, were also present at the occasion. Named ‘Fanattic Sports Museum’, this is a joint venture of sports historian Boria Majumdar and industrialist Harshavardhan Neotia. Majorly based on cricket, the articles on display are collected by Majumdar. It also features Tendulkar’s gloves used in his 100th century at Mirpur, Abhinav Bindra’s gloves that he wore during his gold-medal-winning shooting event, a number of bats and jerseys of Ganguly, PV Sindhu’s jersey from the Olympic-medal-winning match, Usain Bolt’s jersey during his record-breaking sprint, and many more.

“India’s entire sports history is here,” said Jhajharia. However, Bindra himself donated a couple of memorabilia, while Deepa Malik was elated to see memorabilia pertaining to Paralympics sports being displayed at par with all other sports played across the globe. In addition, Tendulkar thought this museum will bring people closer to the works of the sportspersons who are not among us. Ganguly, too, expressed his excitement on the inauguration, hoping the museum becomes a great success. To add more, the museum have a tie-up with FIFA collection, which is the biggest in football and is in talks with Marylebone Cricket Club (MCC) for affiliation. Modi urges students to learn from Tendulkar to compete and improve

What inspired Majumdar to think of such a project is the urge to see India as a multi-sport nation. The museum will be open, except Mondays. The ticket for general visitors has been priced INR 100 each, while students, under the age of 21, will be charged INR 50. For players, who have represented their respective states or the country, can visit the museum free of cost. 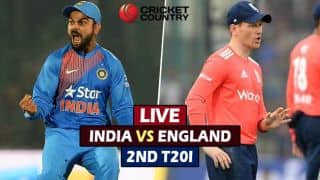