Amazing victory by #TeamIndia. Superb batting by @DineshKarthik. A great knock by @ImRo45 to set the platform.

Karthik was given Man of the Match award for his knock. 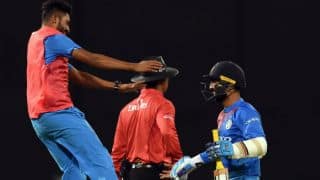