Sachin Tendulkar is still as fit as a fiddle and can carry on playing at the highest level for as long as he wants to, says his Mumbai Indians team mate Dinesh Karthik. 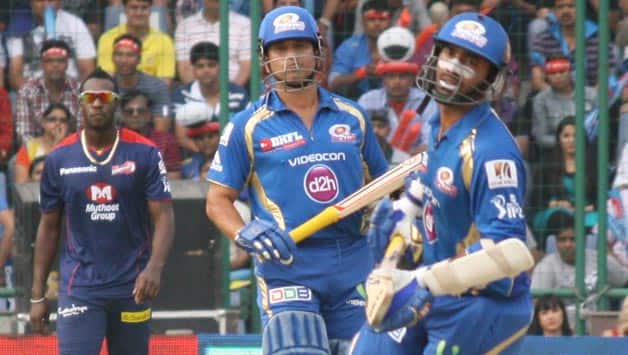 Sachin Tendulkar is still as fit as a fiddle and can carry on playing at the highest level for as long as he wants to, says his Mumbai Indians team mate Dinesh Karthik.

“It is incredible that Sachin paaji looks as fit as he has ever been. His work ethic remains the same as it was 10 years ago when I made my debut. I have been lucky to spend time with him while playing for Mumbai Indians and India. Even after so many years, he is totally involved in the game,” said Karthik, a day after Tendulkar played his last match in coloured clothing.

Fittingly for the occasion, Mumbai Indians won the Champions League T20 beating Rajasthan Royal on Sunday night. It was the last competitive match for another India great Rahul Dravid.

The focus as always remains on Tendulkar, who is set to play his 200th Test at home against the West Indies next month.

“He [Tendulkar] and Rahul bhai have done great service to Indian cricket. Even when he [Tendulkar] is not playing a match, it is really important to have him around in the dressing room. It is amazing how humble and approachable he is,” said Karthik adding that it would not be appropriate for anyone to speculate on the batting legend’s retirement.

Talking about himself, Karthik said he was confident of making a comeback to the Indian team in the near future. The 28-year-old has been replaced by Yuvraj Singh for the first three one-dayers in the home series against Australia.

“Touchwood, I will be selected again. There is no point thinking about selection matters. Motivation is never an issue for me and the priority now is to do well in domestic cricket,” said Karthik, who will return to Delhi later in the month, when he represents Tamil Nadu against Services in Ranji Trophy.