Sachin Tendulkar the greatest batsman of this era: Wasim Akram and Waqar Younis

Sachin Tendulkar the greatest batsman of this era: Wasim Akram and Waqar Younis 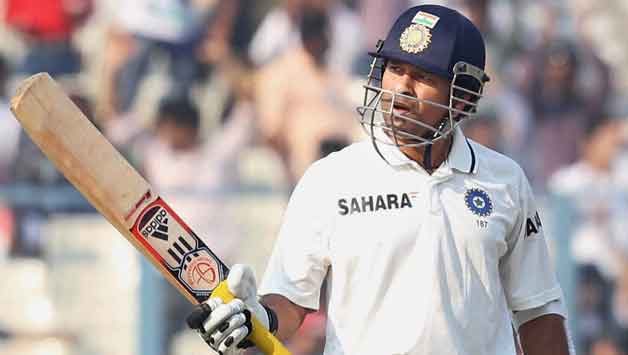 Waqar Younis said that he was “proud that I played against him”, while Wasim Akram said that Sachin Tendulkar (above) was a “special talent” © PTI

Tendulkar, 39, announced his retirement from one-day internationals on Sunday after scoring 18,426 runs in 463 matches with 49 centuries — all three world records for most runs, matches and hundreds.

“I don’t say that a batsman like him will not come but he was the greatest batsman of this era and to maintain the zeal and fitness for 23 years was a big achievement for him,” said Waqar, who retired in 2004.

“I also feel proud that I played against him and found him a great player and a nice gentleman.”

“It will be tough to match them in the years to come,” Wasim told AFP. “He was a special talent and a very special cricketer.”

Tendulkar made his Test debut against India’s arch-rivals Pakistan in Karachi in 1989 and Wasim recalled mocking the young batsman with his bowling partner.

“I hit him on the mouth but he showed a lot of gumption and courage to score a fifty in the fourth Test in Sialkot and after that innings we realised that he is a special talent.”

As the leading batsman for cricket-mad India, Tendulkar carried the weight of a nation’s expectations on his shoulders, but Wasim said he handled the burden well.

“Sachin always played under a lot of pressure from the billions of Indian fans and the kind of consistency he showed proved that he handled those pressures and huge expectations admirably well,” said Wasim.

Saeed Ajmal will be the key for Pakistan against India, says Ramiz Raja