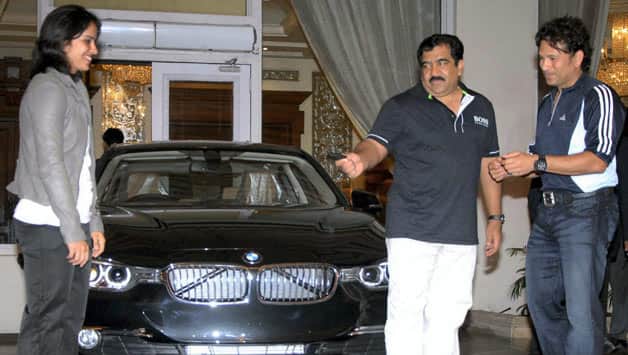 According to www.cartrade.com, Tendulkar will be seen driving the car at high speed and then he will be seen exchanging words with Ebrahim.

Experts believe it has been a wise move by BMW to make Tendulkar part of their advertising campaign.
It is widely known that Tendulkar is a big fan of sports cars and owns few premium luxury cars. Tendulkar was gifted a Ferrari 360 Modena by Formula One legend Michael Schumacher on the eve of British Grand Prix in 2002.

Tendulkar retired from One-Day International cricket last year end and he played his last Twenty20 cricket in the Indian Premier League. After Mumbai Indians lifted the IPL trophy this year, he announced his retirement from T20.

Last year in August, Tendulkar handed over a brand new BMW to Saina Nehwal, who won the bronze medal in London Olympics in Badminton.

Ashes 2013: Constant rain washes out morning session on Day 2 of 5th Test at The Oval