Kumar Sangakkara will lead while Adam Gilchrist will handle the gloves for David Willey's all time XI.

With all cricketers picking their all-time XI, England’s David Willey found some time off ahead of the 4th ODI between England and Sri Lanka at Oval on Wednesday. Surprisingly, none of the England players made the cut in Willey’s all time XI. But India’s top batsmen Sachin Tendulkar and Virat Kohli have found their place. Willey’s other playing XI consists of three Australia players that include Adam Gilchrists, Shane Warne and Brett Lee. Chris Gayle is the only West Indies player to be included while two South Africa greats enter the XI — AB de Villiers and Jacques Kallis. Sri Lanka former cricketers Kumar Sangakkara and Muttiah Muralitharan also find their spots. But one former Pakistan pacer – Wasim Akram – boosts the all time XI further. ALSO READ: Dravid only Indian in Sangakkara’s all time XI

The top-order begins with ‘Universe Boss’ Gayle as he can be destructive enough and can take away the game from the bowler’s hand. In hindsight, Willey has never got the opportunity to play against Tendulkar and his stat record is just what keeps him at No.2.  Kohli’s aggressive nature and his consistency in IPL as well ICC World T20 2016 has brought him at No.3 spot. He also feels Joe Root is similar to Kohli in many ways but again the records speak volume when it comes to Kohli.

Sangakkara who announced his all-time XI as well enters at No.4 and will also lead Willey’s XI. Knowing Sangakkara’s experience, his contribution in middle-order can only better the game is what Willey believes. No XI can be complete without Mr 360 AB de Villiers. He is one player who its impossible to set the field to. De Villiers has played in the middle order for his side and has been exceptional many times. Australia’s great Gilchrist takes the gloves and has been excellent with the bat as well. Willey felt that Gilchrist can be right contender at the top, but his list of top batsmen cannot find any replacement. Kallis is an inspiration for Willey as an all-rounder and that is why he is at No.7. ALSO READ: Sachin Tendulkar only Indian in Brendon McCullum’s all-time XI

Pakistan’s Akram is the first among the pacers and his capability to swing the ball in the early overs can work in favor of his XI. Lee the raw Australia pacer is up next on line and offers great control and consistency along with speed. The spin department looks spirited with Warne and Muralitharan sum it up. Warne brings that theater effect on the crease while Muralitharan can pick crucial wickets in the middle. Cricketers like Jason Gillespie, Ian Bell, Eoin Morgan and Angelo Mathews too have picked their all time XI over the past few weeks. 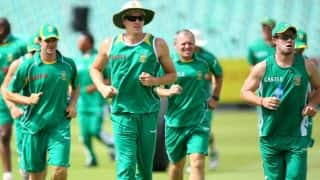 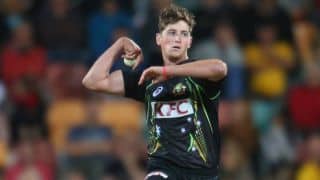