India’s most promising batting talent, Virat Kohli scored his fourth Test hundred, on Wednesday against South Africa in the ongoing first Test. The retirement of Sachin Tendulkar left a deep void in the Indian batting line-up, and the onus is now on Kohli to fill the Little Master’s shoes at the No 4 position.

With a masterful century on Wednesday, Kohli assured Indian fans of a bright Test future, and that the transition won’t be too painful. Kohli, like Tendulkar, also scored a century in the maiden tour of South Africa. Tendulkar, as many would remember, scored a brilliant 111 against a mighty South African attack during the series of 1992-93.

And the similarities don’t end here. If statistics are to be trusted, then Kohli is well on his way to be the next batting great from India. After the completion of 20 Tests, Kohli in fact ranks above Tendulkar in few departments. But only time will tell if he could sustain his form and flow of runs.

Here, below, is an amazing piece of statistic, comparing Tendulkar and Kohli’s records on the completion of 20 Test matches: 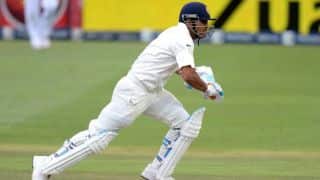