Sachin Tendulkar wants son Arjun to carve a niche for himself

Sachin Tendulkar wants son Arjun to carve a niche for himself

Post his all-round performance in Australia, Arjun had mentioned how Sachin's advice helped him play fearlessly.

Despite being the son of Sachin Tendulkar, Arjun Tendulkar is earning his own name in cricket. In the recently-concluded Spirit of Cricket Global Challenge competition in Australia, Arjun impressed everyone with his all-round performance for Cricket Club of India against Hong Kong. He first scored a quickfire 28-ball 48 and went on to take 4 wickets in 4 overs. Arjun also portrayed a remarkable performance in the Cooch Behar Trophy where he had picked 5 wickets against Madhya Pradesh and then followed it up with 4 against Assam and 5 against Railways. Mumbai went on beat Railways by an innings and 103 runs.

After his performance in Australia, Arjun had mentioned how Sachin’s advice helped him play fearlessly. During The Times of India (TOI) Auto Expo in Greater Noida on Wednesday, Sachin backed Arjun s progression and requested cricket aficionados to not compare Arjun to him.

He should be Arjun

He s trying. Like my father gave me freedom, I m giving him freedom. Whatever he wants to be in life, he has to give his best. He should be Arjun. There shouldn t be any comparison.

His focus should be on the game and on his passion

Those things are there but his focus should be on the game and on his passion. That is what as a parent I would want. Comparisons would happen; if they want to do it, they will. But what I ve learned from my father is that whatever work you ve gone to do, keep your focus on that. Rest of the things will continue to happen. 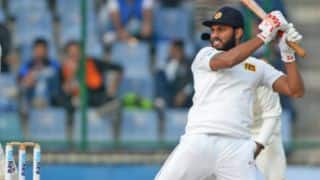 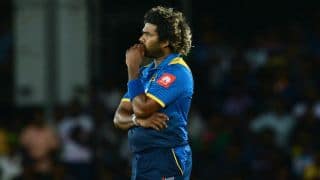