Legendary singer Lata Mangeshkar is happy with Sachin Tendulkar's nomination for the Rajya Sabha and said that the ace cricketer will be a good parliamentarian provided he gets time for it. 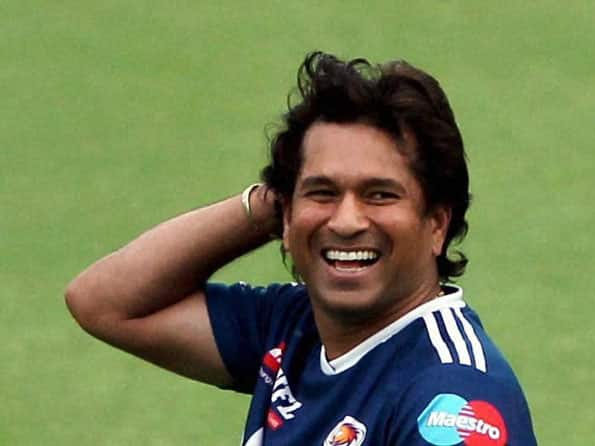 Legendary singer Lata Mangeshkar is happy with Sachin Tendulkar’s nomination for the Rajya Sabha and said that the ace cricketer will be a good parliamentarian provided he gets time for it.

Sachin is the first active sportsperson to be nominated for Rajya Sabha. However, the nomination of the 39-year-old to the Upper House has evoked mixed reactions.

But Lata, 82, welcomed the decision and said she is very happy for Sachin who is close to her.

“I am very happy that Sachin is nominated for Rajya Sabha. He truly deserves this but I don’t know how will he split his time between cricket and parliament,” Lata told PTI.

“Sachin is a busy person. There is a lot of international cricket happening and it will be a tough task for him to attend parliament sessions regularly. I don’t know how he is going to manage,” she added.

Lata herself was nominated for the Rajya Sabha in 1999 but she could not attend sessions regularly, attracting criticism from several members.

“I could not attend sessions regularly during my tenure as I had daily recordings. It was very difficult for me. I did not say a single word during my tenure in Rajya Sabha and experienced criticism as well. My overall experience was ok though,” she said.

She however believes that Sachin will be a good MP.

“Sachin is a very sincere, wise and good human being. He will say whatever he wants to. I am sure he will make a name in parliament, the way he did in cricket,” she said.

The criticism surrounding the nomination does not bother her and Lata feels that it is part of a celebrity’s life.

“One great person told me years back that Lata, the day people stop criticising you, you will become less successful in life. Sachin is a big name and he too will have his share of criticism. It is part and parcel of being a celebrity. Important thing is that he never let criticism affect his game,” she said.

An avid lover of the game and Sachin fan, Lata has many expectations from the cricketer, who considers her as his mother, on the field.

“I am a huge fan of Sachin. He has broken almost every batting record but I still have many expectations from him. I want him to play many more years and should not retire in near future,” she said. (PTI)