Sachin was keen on implemetation of the idea but it was not accepted by the MCA's technical commitee for not being 'feasible'.

The Mumbai Cricket Association( MCA) has rejected Sachin Tendulkar‘s idea to have 15-a-side games at the inter-college and school level instead of coventional 11-a-side matches.

According to a report in Times Of India , Tendulkar had proposed the idea during his felicitation fuction organized by MCA at the Bandra Kurla complex last December. The master blaster was very keen on implemetation of the idea but it was not accepted by the MCA’s technical commitee for not being ‘feasible’.

” When we have inter-school and inter-college matches , can we take 15 players instead of 11? The boy who leaves his home every day for a match in the hope that he will do something , a lot of time he doesn’t know whether he is going to play or not ,” told Tendulkar.

” Many a time the wicket may be a turning track and having a third seamer makes no point . Sometimes, there is only one seamer and there is spinner bowling from another end . That’s not the fault of the poor 12-year-old poor fast bowler . But he is prepared hard to work hard for the entire year not knowing that he may not be picked, ” added the legendary batsman. 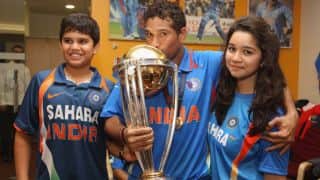 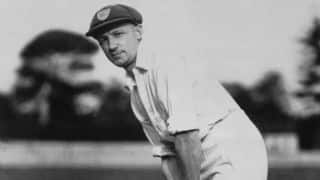