Sachin Tendulkar said he was overwhelmed with the support and love of people from Kerala.

Kerala Chief Minister Oommen Chandy Tuesday unveiled the name of Sachin Tendulkar‘s Indian Super League (ISL) franchise — Kerala Blasters Football Club (KBFC). Present on the occasion was Tendulkar, who earlier had a brief discussion with Chandy and his senior cabinet colleagues. Chandy said he was really happy that Tendulkar has decided to own a team from Kerala in the ISL.

“The state government and the people of Kerala are all excited with his initiative and we extend all our support to his team. We have also requested him to be the goodwill ambassador of the next national games which our state will host in January next year,” said Chandy.

Tendulkar was virtually mobbed right from the time he landed here and arrived at the state secretariat. The cricketing legend said that he was overwhelmed with the support and love.

“We decided to name it as Kerala Blasters Football Club because I am known as ‘master blaster’. I grew up playing cricket, but I also enjoyed all other games, including football. Even in the Indian cricket team and also at Mumbai Indians, football is an integral part during our practise session,” said Tendulkar.

Tendulkar added that he expects the full support of the people of Kerala and also the state government.

“There was a time when there were many people form Kerala in the Indian football team, but now it’s not the case. Our aim through this ISL is to change the face of Indian football and for that there has to be a team work with support from all,” said Tendulkar.

Tendulkar also said that he would be the goodwill ambassador of the upcoming National Games, as requested by the chief minister.

“The club will select the schools and the students to be trained,” added Chandy. 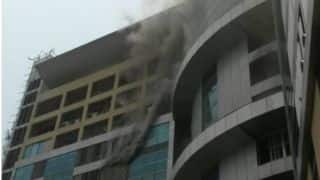 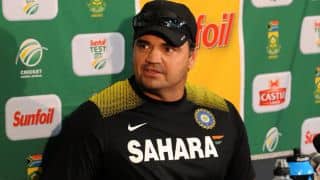